WITH Independence Day approaching, the realisation dawns that the pain and pangs of Partition somehow refuse to quit the Punjabi psyche. Those who actually lived the trauma at a personal level are no more or are in the autumn of their lives. 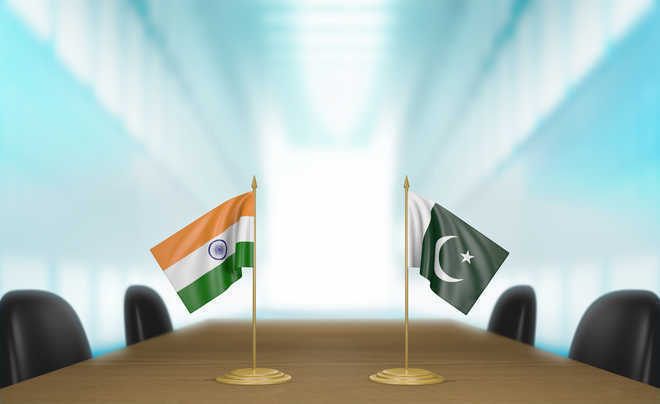 WITH Independence Day approaching, the realisation dawns that the pain and pangs of Partition somehow refuse to quit the Punjabi psyche. Those who actually lived the trauma at a personal level are no more or are in the autumn of their lives. Yet the stories of real life strife narrated are too deep to die with them. It was not just about the division of land, migration and movement of families, but had more to it.

Unfathomable fear gnawed at them. Disbelief with which they viewed others just because of the new-found differences in faith was incomprehensible. The pain was not only because of the loss of lives. It was more because of having been separated from each other. The close bonds that one had forged, irrespective of faith, were lost. There were no differences because of religion, yet they fought and killed for it. There were people driven by barbaric instinct and there were the meek sufferers. Men acted sometimes out of revenge and mostly out of fear of each other. The avengers avenged their own to later burn forever in the fire of guilt.

The history and depth of this tragedy is in the literature. No scholarly work can outweigh the bleeding of the heart. There comes Manto with Toba Tek Singh, the symbol of trauma of a man in limbo. Amrita Pritam’s poem on the riots where she invokes Waris Shah, lamenting the anguish of daughters of Punjab, has been one of her most poignant and oft-quoted writing. Faiz’s Subah-e-Azadi is another example. And then scores of stories including Krishan Chander’s Peshawar Express, Khushwant Singh’s Train to Pakistan and Gadria by Ashfaq Ahmed. Most literature of the post-Partition era is of lamentation, or genuine grief. Memories of Partition seen through live accounts and sensitive fiction, born out of the same agony, are alive even among the third generation and yet no answers are available to them.

Turning a refugee in your own newfound countries formed a web of human suffering that can find no rationale. Even after seven decades of Partition, it is difficult to comprehend and grasp the trauma in its full essence. ‘May be it is for this reason that the writers are still obsessed with this theme, but hardly any writer has contemplated the reunification of Punjab,’ pondered Amarjit Chandan.

There have been instances of men as participants in the madness and carrying the weight of guilt all their lives and then confessing to somehow breathing freely. To quote Chandan, ‘It took Anwar Shaikh 50 years to write his confession about the murder of a Sikh man and his son he had committed in Lahore. Giani Hari Singh’s account of Muslims in Hoshiarpur district forcibly converted to the Sikh faith and then murdered leaves much more impact than the story Shaheed (The Martyrs) written on the same event by his writer-son Gulzar Singh Sandhu.’