NEW DELHI: The Lok Sabha on Monday cleared the controversial Bill to amend the Right to Information Act amid allegations by the Opposition that it was being “diluted/weakened” and Prime Minister Narendra Modi-led government accusing it of “misguiding” the people. 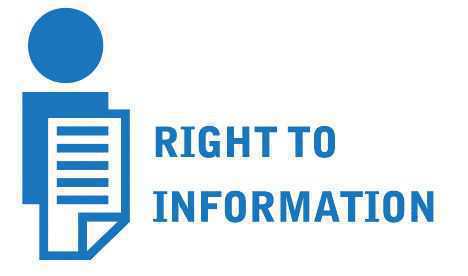 Calling it the “RTI elimination bill”, Opposition leaders said it was aimed at making the transparency panel a “toothless tiger”.

The Lok Sabha on Monday cleared the controversial Bill to amend the Right to Information Act amid allegations by the Opposition that it was being “diluted/weakened” and Prime Minister Narendra Modi-led government accusing it of “misguiding” the people.

Calling it the “RTI elimination bill”, Opposition leaders said it was aimed at making the transparency panel a “toothless tiger”, demanding it be sent it to a select committee for further scrutiny. The Right to Information (Amendment) Bill, 2019 was cleared after division of votes after which Opposition parties staged a walkout.

Leading the opposition charge, Congress leader Shashi Tharoor said under the proposed changes the government can hire and fire independent information commissioners. “It is not an amendment Bill but an elimination bill,” he said. The Act was a monumental achievement for the country’s democracy and it challenged the vested interests of the government, he said questioning why the Bill has been brought “without any public consultation”.

“It basically demolishes the RTI Act,” he said.

“The Right to Information (Amendment) Bill, 2019 is a deliberate attempt to undermine the Act and make it toothless tiger like National Human Rights Commission (NHRC),” Tharoor alleged.

RSP’s NK Premachandran called it a “black day” in the legislative history of the nation, demanding that it  should either be withdrawn or sent to a Standing Committee. The Opposition is hoping to put hurdles in its path in the Rajya Sabha, where the government still lacks requisite numbers.

The government argued there was no question of degrading information commissioners and that it was only trying to fix some anomalies in the Act. “We are not interfering and will not do anything to affect the autonomy of the institution,” said Minister of State in the PMO Jitendra Singh, accusing the opposition of “misguiding” the people by saying that the government wants to weaken the RTI Act by bringing the Bill.

“From the beginning of its first term in 2014, the Modi government has brought transparency in governance for greater public participation,” he said.

The Bill seeks to give the government powers to fix salaries, tenures and other terms and conditions of employment of information commissioners.