LUDHIANA: Avneet Kaur and Arun Kumar, both students of Class IX were adjudged the best athletes in the annual athletics meet held at Ram Lal Bhasin Public School on Monday. 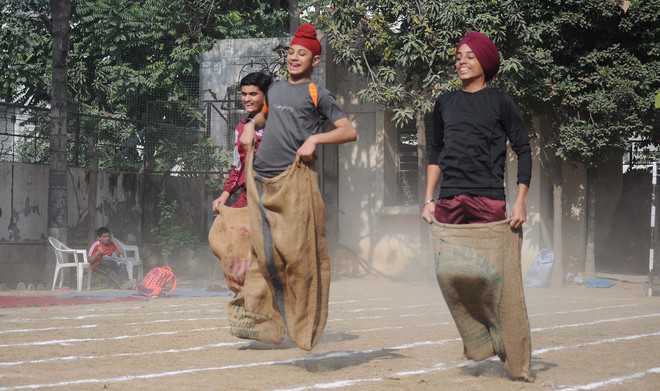 Avneet Kaur and Arun Kumar, both students of Class IX were adjudged the best athletes in the annual athletics meet held at Ram Lal Bhasin Public School on Monday.

Barjinder Kaur, councillor, Ludhiana Municipal Corporation, was the chief guest on the occasion. She declared the meet open and lit the ceremonial lamp. This was followed by the march past.

Head girl Arshneet Kaur, student of Class XII took oath on behalf of the participants to play in true spirits.

Students competed in various events, including yoga, judo, karate, three-legged and hop dress race among others.

The winners were given medals and certificates.