LUDHIANA: A Chandigarh-based woman has been robbed of valuables by three car-borne women on the pretext of giving her a lift. 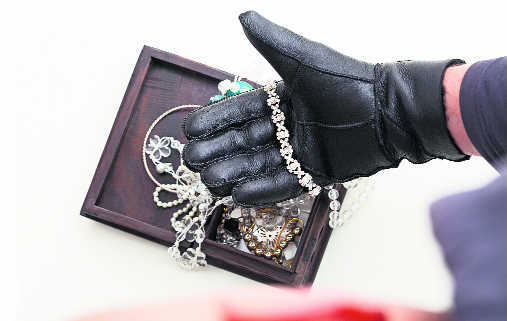 A Chandigarh-based woman has been robbed of valuables by three car-borne women on the pretext of giving her a lift. The police have registered a case of fraud and loot against three unknown women at the Focal Point station and launched investigation to identify them.

The complainant, Kanchan Sharma, a resident of Sector 19 C, Chandigarh, told the police that on July 22, she boarded a bus from Chandigarh and got off at Kohara bus stand, from where she had to go to her relative’s house.

“While I was waiting for some conveyance, a car arrived there. Three women alighted from a car and offered me a lift. On the way, one of the women sitting beside me told me that she was feeling like vomiting and she threw up in the car. They later dropped me on the road. Later, I was shocked to find that my gold chain and other valuables were missing,” the woman alleged.

She reached the Focal Point police station and lodged an FIR. A case under Section 379-B and 420 of the IPC has been registered against unknown persons. The investigating officer, ASI Surjit Singh, said footage of CCTV cameras was being checked to get some clue about the accused.

Rajesh Kumar of Preet Nagar alleged that on July 23, he boarded an auto-rickshaw from Ludhiana railway station to his house. Apart from the auto driver, two more persons were sitting in the auto-rickshaw. When the auto reached near the PSPCL office, Gill Road, the two persons threatened him with a sharp weapon and snatched Rs 47,000 from him.