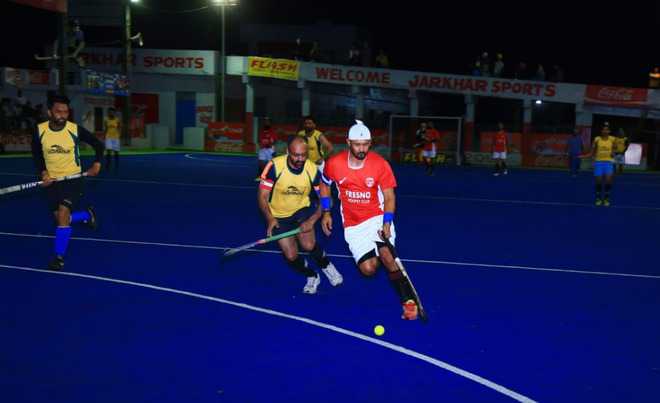 The hockey festival is being organised by Mata Sahib Kaur Sports and Charitable Trust at Jarkhar village on the Ludhiana-Malerkotla road near here in which matches are played under the floodlights at the astroturf surface.

In the sub-junior (U-10) section, the match was played between Jarkhar Hockey Centre and Jatana Hockey Centre in which the former came out triumphant in a similar fashion (7-3).

For the winners, Sukhmanjit Singh scored a hat-trick while Gurmanavjit struck twice. Arjan Singh and Guriqbal Singh added one goal each to complete the tally.

For Jatana Centre, Arshdeep Singh scored a brace and the third goal came through Sahibjot’s stick.

In another match in the senior group, Azad Club, Hathoor, scored an emphatic 7-2 win over Shaheed Udham Singh Club of Sunam 7-2.