THANE: Two people have been arrested for allegedly posing as policemen and robbing a computer professional of Rs 86,000 cash at gun point in Maharashtra''s Navi Mumbai township police said on Tuesday. 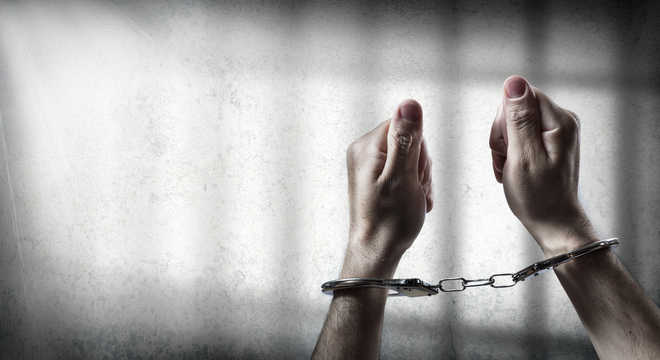 Two people have been arrested for allegedly posing as policemen and robbing a computer professional of Rs 86,000 cash at gun point in Maharashtra's Navi Mumbai township police said on Tuesday.

The incident took place at a parking area near Nerul railway station on August 12, they said.

As the victim was about to get into his car, two men approached him and claimed they were policemen. They pointed a gun at him and demanded money, Navi Mumbai police said in a release.

The accused then allegedly beat up the victim and fled after robbing him of Rs 86,000 cash, it said.

Acting on a tip-off, the police arrested the accused, Shubam Subash Patil (24), an auto-rickshaw driver, and his accomplice Vishal More (19), from Ajiwali village in Panvel taluka of neighbouring Raigad district on Sunday, it said.

During their questioning, it came to light that the accused had also allegedly stolen Rs 2.5 lakh from a computer shop in Navi Mumbai's Kharghar area in March this year, the police said.

The accused have been booked under Indian Penal Code Sections 394 (voluntarily causing hurt in committing robbery), 170 (personating a public servant) and 34 (common intention), they added. — PTI