LUDHIANA: A minor fire broke out at the Civil Hospital due to short circuit here this morning. 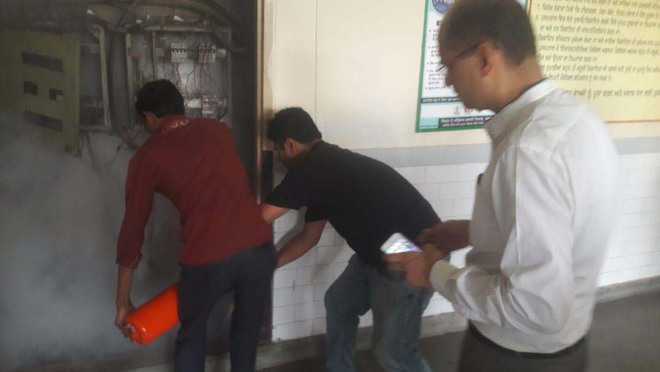 Staff and doctors douse the flames at the Civil Hospital in Ludhiana on Wednesday. Tribune photo

A minor fire broke out at the Civil Hospital due to short circuit here this morning. Doctors and hospital staff managed to douse the flames within half an hour with the help of fire extinguishers.

Even the Fire Department was not informed about the incident as the hospital staff itself doused the flames.

According to information from the Civil Hospital, the fire broke out due to short circuit around 8:35 am today.

Sources said several persons were standing there as a mute spectator and some of them were just clicking pictures.

The OPD block was evacuated as a precautionary measure. It was made functional after the fire was brought under control.