The ghost that irritates 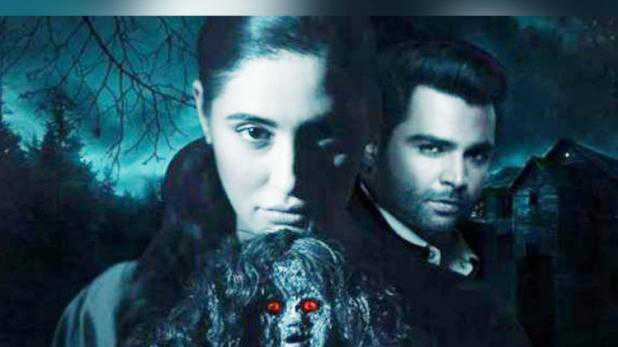 Horror in Bollywood, as a rule, is a genre so poor in its execution that it leaves more to be desired than ever achieves its goal of sending a chill down your spine. But even the worst of horror films will at its very worst make you want to laugh out loud. Amavas, however, is that one strange film which makes you scream alright, only in pure frustration.

If you judge a book by its cover there is nothing much to recommend anyway. The hero Sachiin Joshi is also the producer, no slight meant; if actors can don the producer’s hat why not the other way around.

Only as rather uncharismatic Sachiin decides to back his acting genes (seen previously in some Telugu films too), acting needs to take cover and not be found ever. More so the actor playing his love interest in the film is equally bad in histrionics. Nargis Fakhri rising from the dead (not literally, just joking) is back in Bollywood after a brief break with same old deadpan expressions.

Ha, whoever cared about acting in a game of thrills and chills? Point taken; so give us the scare.
Indeed, in the first half the scary bits are handled with some skill. The ghostly apparitions, a haunted summer house, ‘a ladies bhoot’ singing a song in the middle of the night, hints of a back-story; the setting despite being all too familiar does create the right mood.

But, post interval the film plummets and plummets. Logic we know has little place in a story about superstition and evil spirits. Only Amavas doesn’t even make a pretence at rationale and is ludicrous to the point of sheer idiocy. As it hops, jumps and skips from one track to the other romance, murder mystery and horror all it manages to give you is a big yawn. To be fair, till the cards are laid on the table we are mildly interested. But once the cat (perhaps unfair to call Vivan Bhatena so) is out of the bag, all critical faculties fail. If you believe in god, you have to believe in ghosts; says Mona Singh as psychiatrist Shivani. Only Amavas employs all forces at its disposal to make you believe in neither. At one moment the spiritual symbol stalls the evil force in his tracks and the very next he has the power to spat it out of the arm on which it is inscribed.

The last half an hour devoted to the final battle steered by Nargis Fakhri and Mona Singh on the one hand and the ghost on the other is so incredulous that unbelievable acquires a new synonym. And it is called unwatchable. Touching, however, is  the faith of the makers who have left leeway for a sequel. Really, seriously who can live this
nightmare again?