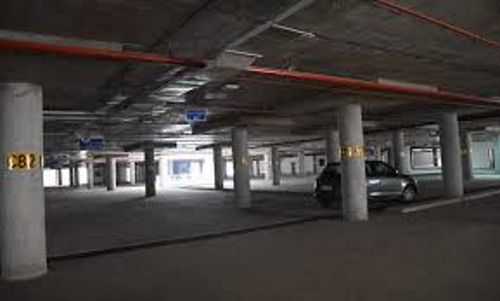 The Rs 50-crore multi-level parking lot in Sector 17 has started leaking  again  in the  monsoon. While defects in the construction are already under the  scanner of the UT Vigilance Department, visitors  are having a tough time parking their vehicles in the lot.

A majority of the users of the parking are traders  of Sector  17, who  now fear that their cars will get damaged. The traders have been facing problems ever since  the  parking stared  six  years ago. The leakage  has raised a question mark over its   construction. In 2016, the Vigilance  Department collected samples  of the material used in the construction  after a complaint was submitted by a resident of Sector 48.  The multi-level parking, constructed on 4.78 acres, has  a capacity to  accommodate 950 cars.

Sanjiv Chadha, president of the Progressive Traders Welfare   Association, Sector 17,said the  leakage issue had not been solved  for  years. There were cases in which the bonnet of expensive cars got damaged due to the leaking material, but the MC failed  to do anything. The chemical-laced water damages the cars. The construction of the multi-level parking also came under attack from the Audit Department. In its report, the Audit Department had stated  that spending Rs 48 crore on the multi-level parking was a colossal wastage of funds due to its under-utilisation  and lack of facilities.   Jagdish Pal Kalra, a trader, said besides the water leakage, non-functional lights were among the other problems at the parking lot. It was now being used by druggists also. He said if the MC provided all facilities, the parking could become useful and earn money for the civic body. The rates of the multi-level parking are cheaper that the smart parking. Mayor Rajesh Kalia said he would look into the  issue.