AMRITSAR: Punjabi cinema’s blue-eyed boy Diljit Dosanjh is back to leaving the audience in splits with his upcoming release “Mukhtiar Chadha”. 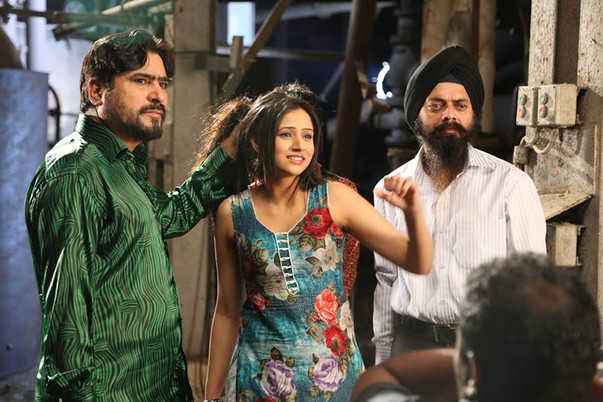 A still from the Punjabi film, 'Mukhtiar Chadha'.

Punjabi cinema’s blue-eyed boy Diljit Dosanjh is back to leaving the audience in splits with his upcoming release “Mukhtiar Chadha”. The film, slated for release on November 27, will have Bollywood actor Yashpal Sharma joining Dosanjh in on-screen sheningans as the antagonist. Claiming that his will be the funniest villain ever to be seen in Punjabi cinema, Yashpal Sharma terms the film as ‘hardcore comedy’.

“I play a Haryanvi character in the film, who will make people laugh rather than scare them with his villainy. It’s an exciting character and the film promises to change a few perceptions about the Punjabi comedy films,” he said.

This will be Sharma’s second outing in Punjabi cinema, his first being the commercially and critically successful “Jatt James Bond”. Showering praise on his co-stars— two of the most sought after Punjabi actors— Gippy Grewal and Diljit Dosanjh— Sharma says their humility surprises him. “I have now worked with both of them and was amazed to see how grounded they are. They are sans any starry tantrums and attitude despite being hugely successful in their own league.”

He also feels that Punjabi film industry has managed to shrug off the ‘slapstick’ cinema tag with a few amazing films. “You see, recent films like “Jatt James Bond”, “Punjab 1984” and “Rupinder Gandhi- The Gangster”, have shown a different side of Punjabi cinema, the one with a strong script and quality production values. The industry has grown the maximum in terms of regional cinema and has reached the overseas audience as well. The audience too gets bored after a while with formula films and needs fresh concepts,” he says.

His recent stint with television too has been lauded, but despite the acclaim, Sharma says he doesn’t wish to go back to the small screen anytime soon. “My show “Neeli Chatri Wale” was successful in clicking with the audience but I tired of the mechanised working environment. I lost touch with the world, my family and the film industry while working 24X7 on television and that’s when I realised that it’s not my cup of tea. I think we should have finite shows that allow actors some room for re-inventing themselves,” he says.

Waiting for the release of his film, Yashpal says he will soon be seen alongside Diljit Dosanjh in the sequel to “Sardarji” besides a few Bollywood films that are lined up in future.