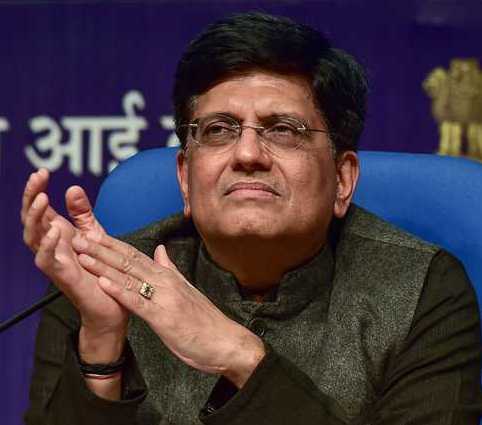 Speaking to reporters after a meeting with the Board of Trade in Delhi, Goyal asked people not to get into calculation seen on TV screens.

"If you're looking at a five trillion dollar economy, the country will have to grow at 12%. Today it's growing at 6%," he said.

"Don't get into those maths. Those maths have never helped Einstein discover gravity... If you'd only gone by structured formulae and what was past knowledge, I don't think there would have been any innovation in this world," he added.

Twitter was quick to point out that it was Newton and not Einstein who discovered gravity, both names shot up the trending lists.

Former Finance Minister @PiyushGoyal is correct, Einstein did not require maths to discover gravity, but Sir Isaac Newton did.

Then what did Newton do?

#PiyushGoyal just gave high hopes to all kids whose parents thought they were bad at maths and science!
ROFL pic.twitter.com/fT6SP2SJU0

During Presser, The question “How would India become a $5 trillion #economy ?" led #PiyushGoyal, 2say "Don't look at numbers or growth of 12%, Math never helped *Einstein* to discover Gravity".
Keep fudging, keep treating public as fools....but answers wl hv 2b given!

Next clarification,
🔸Why Einstein & not Newton
🔸Maths vs Traditional Maths pic.twitter.com/onEEtK2XOu

3. Gravity was discovered based on Mathematical work of laws of motion, not falling apple. pic.twitter.com/9Ydsw8FE2W

Looking at the gravity of the situation, Sir Newton has decided to file a copyright infringement case.