LUCKNOW/NEW DELHI:Cracking the whip a day after the Utkal Express derailment, the Railways tonight sent on leave its three top officials, including a secretary-level Railway Board official, suspended four officers and transferred one. 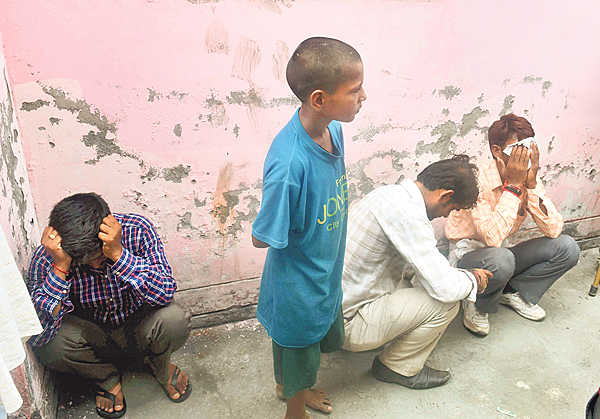 Cracking the whip a day after the Utkal Express derailment, the Railways tonight sent on leave its three top officials, including a secretary-level Railway Board official, suspended four officers and transferred one.

Member (Engineering) in the Railway Board (Northern Railway), General Manager and Divisional Regional Manager (Delhi) have been sent on leave in the wake of the derailment near Muzaffarnagar in Uttar Pradesh on Saturday evening.

A preliminary probe into the derailment of coaches has blamed maintenance work being carried out on the tracks for the mishap,  as claimed by eyewitnesses.

At least 22 passengers were killed and 203 injured in the mishap that occurred 25 km from Muzaffarnagar.

Earlier in the day, Railway Minister Suresh Prabhu had tweeted: “Will not allow laxity in operation by the board. Have directed CRB to fix responsibility on prima facie evidence by end of day.”

Uttar Pradesh ADG (Law and Order) Anand Kumar, said 21 bodies had been identified. Briefing the media,  Mohammad Jamshed, Member, Traffic, Railway Board, said: “Some maintenance work was going on which may have caused the derailment.” He was among the senior officials who had rushed to the accident site last night.

Tools used by the railway personnel were still lying near the track, he said, adding that repair work was being done without taking mandatory precautions.

He spoke of an audio clip, that has gone viral in the social media. In a conversation between two employees, negligence by the railway gang men is explicitly mentioned. The inquiry to be conducted by the Commissioner, Railway Safety, Northern Circle, is likely to commence tomorrow.

In cases of maintenance of  tracks, as per the protocol, the railway station concerned has to be informed and written permission sought. It is not clear if this was done.

Railway engineer SK Singh, working on the repair of tracks, said two fishplates and four nuts and bolts were missing. Work on re-laying 330 metres of the track was underway and normal traffic was expected to be restored any time. (With agency inputs)