14 held in Jharkhand after minor girl gang-raped, burnt to death

CHATRA (JHARKHAND): Fourteen persons have been arrested in connection with the alleged rape and killing of a 16-year-old girl by setting her on fire in Jharkhand''s Chatra district, a top district official said on Saturday. 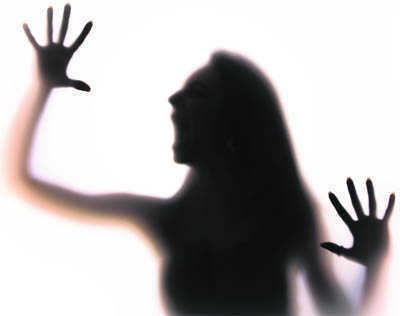 The rape accused, along with his friends, stormed into the house of the woman in Raja Tendua Tola area and assaulted her parents before allegedly setting her on fire.

Fourteen persons have been arrested in connection with the alleged rape and killing of a 16-year-old girl by setting her on fire in Jharkhand's Chatra district, a top district official said on Saturday.

The girl was subsequently burnt to death in front of her family members after she was gang-raped on Friday.

According to local media reports, the girl was abducted by four youths from near her house and raped. The family members had gone to attend a marriage.

The incident took place in Rajakendua village under Itkhori police station in Chatra district -- around 160 km from state capital Ranchi.

The issue was raised in the village Panchayat on Friday morning. The Panchayat asked the accused to pay Rs 50,000 to the victim to settle the matter.

Enraged over the Panchayat diktat, the four youths went to the house of the girl and thrashed the family members and burnt her to death. The family members have filed a case at the Itkhori police station.

The four youths have been named accused in the case and a manhunt has been launched to nab them.

In another rape incident in Palamau district, the village Panchyat asked the rape accused to pay Rs 15,000 to settle the issue.

The victim returned home on Thursday and informed her family members. The issue was taken to the village Panchayat which asked the maternal uncle to pay the fine.

"So far, 14 persons involved in the incident have been arrested since last night," Deputy Commissioner of Chatra Jitendra Kumar Singh told PTI.

A massive hunt was on to nab six others, including the main accused, Dhanu Bhuiyan, he said, while exuding confidence that all of them would be arrested soon.

A Special Investigation Team (SIT), headed by a deputy superintendent of police (DSP), was formed to probe the case, Singh added.

In a statement, Das said he was shocked over the gruesome incident and added that there was no place in the society for such ghastly acts.

Asserting that the culprits would not be spared, the chief minister ordered the officials to arrest those involved in the incident and initiate stringent action against them. IANS/PTI