LUCKNOW: A special court in Prayagraj on Tuesday sentenced four people to life imprisonment and acquitted one for the conspiracy behind a 2005 militant attack in Ayodhya that killed two civilians and injured seven CRPF personnel. 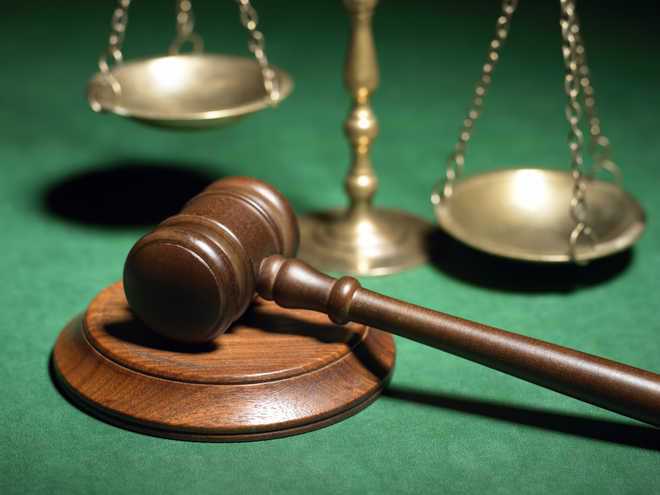 A special court in Prayagraj on Tuesday sentenced four people to life imprisonment and acquitted one for the conspiracy behind a 2005 militant attack in Ayodhya that killed two civilians and injured seven CRPF personnel.

A makeshift temple at the Ram Janmabhoomi-Babri Masjid complex was attacked in which two locals were killed and seven CRPF personnel injured.

Special judge Dinesh Chandra, who announced the verdict inside the Naini Central Jail where the accused are lodged, also imposed a fine of Rs 2.4 lakh on each of the four, Public Prosecutor Gulab Chandra Agrahari told reporters here.

Agrahari said the four who got life imprisonment are: Doctor Irrfan, Shakeel Ahmed, Asif Iqbal and Mohammed Naseem; while Mohammed Aziz was acquitted for lack of evidence.

Uttar Pradesh Chief Minister Yogi Adityanath welcomed the conviction. On the sole acquittal in the case, he said the state government would take appropriate action after examining the ruling.

“The court judgement is welcome. For one person who has been acquitted, necessary action will be taken after seeking legal opinion. The government will keep an eye on the case,” he said in a statement.

Five heavily-armed terrorists attempted to carry out a suicide attack near the makeshift temple at the disputed site on July 5, 2005. After blasting the outer barricade of the complex, they tried to move towards the inner barricading where troops of the 33rd battalion of the CRPF were deployed.

The terrorists fired heavily at the troops and lobbed grenades in order to storm the Sanctum Sanctorum.

Agrahari said that Naseem procured a mobile SIM card using documents attested by Aziz and on the direction of Pakistan-based terrorist Kari.

He said that the vehicle, having a Jammu registration number, that was used to carry weapons for the attack was owned by Shakeel Ahmed.

Kari paid Rs 2.20 lakh to Shakeel to use the vehicle but the latter was told it will remain in his name, Agrahari said. The vehicle was used to bring weapons to Aligarh on June 5, 2005 and it returned to Jammu on June 7.

The public prosecutor said Asif Iqbal was the main accused in the case and Kari gave him the SIM purchased by Naseem. He said one of the terrorists killed during the gunfight has been identified as Arshad.

The verdict in the case came nearly 14 years since the attack and after 371 hearings and testimonies by 63 people.

While Irrfan belongs to Uttar Pradesh’s Saharanpur, the four others are from Poonch district of Jammu and Kashmir. — With PTI