4 woman athletes attempt suicide at SAI in Kerala, one dead

ALAPUZHA (KERALA): A 15-year-old sportsperson died early today and three others, all undergoing training at the Water Sports Centre of Sports Authority of India here, have been hospitalised after they ate a poisonous fruit in an apparent suicide pact following alleged harassment by seniors. 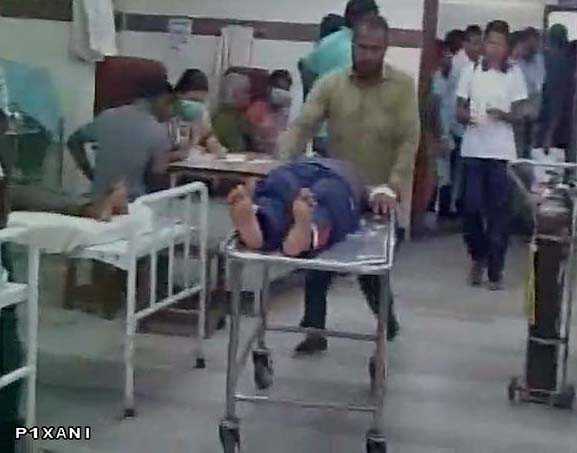 An athlete hospitalised after she ate a poisonous fruit at SAI women's hostel in Alapuzha on Thursday. ANI

A 15-year-old sportsperson died early today and three others, all undergoing training at the Water Sports Centre of Sports Authority of India here, have been hospitalised after they ate a poisonous fruit in an apparent suicide pact following alleged harassment by seniors.

The girls are suspected to have consumed the fruit, locally called ‘Othalanga’, at around 3 pm yesterday inside the SAI women’s hostel. They were rushed to a hospital around 7 pm after they fainted and later taken to Alappuzha Medical College, where one of them died, the police said.

Meanwhile, the police have recovered a suicide note signed by the four teenaged SAI athletes, in which they have written that “small mistakes” committed by them had been blown up by seniors of the Water Sports Training Centre at the nearby Punnamada.

Police sources told PTI that they have recovered a suicide note jointly signed by the four girls, who consumed a poisonous fruit yesterday. Police said the note mentions that “small mistakes have been blown up by them”.

This was the only sentence that can be attributed to the horrific suicide pact. Even though certain other issues have been mentioned in the note, they cannot be construed as harassment, police said, adding, this was only a preliminary assumption.

The incident came a day after the young athletes of the SAI centre were found to have consumed beer and were reportedly questioned by seniors. This apparently had upset them.

Meanwhile, the Union Sports Minister said strictest possible action will be taken against anyone found guilty in the case.

Relatives of the woman athletes, who were undergoing training at the Water Sports Centre of the SAI at nearby Punnamada, alleged that the girls were being physically and mentally tortured by some seniors.

However, the hostel warden denied the charges and said they came to know about the condition of the girls only when they fainted. “None in the hostel tortured them”, she said.

Angry relatives of the girl who died said that unless an inquiry is ordered immediately and the guilty brought to book, they would block the national highway and not perform the last rites of their ward.

The police have registered a case of ‘unnatural death’.

Alapuzha District Collector N. Padmakumar, who visited the athletes undergoing treatment at the medical college hospital, said a detailed enquiry would be conducted into the incident.

A relative of Aparna, who died early today, alleged that the inmates of the SAI hostel were being physically tortured.

“The girl was hit by her coach two days ago with an oar due to which she could not sit or stand”, he alleged.

Meanwhile, protesting against the incident, activists of the Democratic Youth Federation of India (DYFI), the youth wing of CPM, took out a march.

NEW DELHI: A strong demand for a probe into the attempted suicide by four women athletes was made in the Lok Sabha today.

Opposition members expressed concern over reports about the death of 15-year-old athlete, Aparna, and critical condition of three others at an Alappuzha hospital.

Raising the issue during Zero Hour, M B Rajesh (CPI-M) said the shocking incident should be an eye-opener and government should seriously look into the conditions in sports hostels including those run by Sports Authority of India(SAI).

Demanding an inquiry into the incident to bring the culprits to book, he said the girl who died was a national award winner in kayaking.

He was supported by several members including K C Venugopal and K Suresh, both Congress.

Most shocking and tragic incident in SAI’s history: DG

“It is the most shocking and tragic incident in the history of SAI, as far as I can remember. The matter came to my notice late last night and since then the whole effort has been getting the best possible treatment for the athletes,” Srinivas told PTI today.

“I have been asked by the Sports Minister to proceed to Alappuzha for a comprehensive assessment of the administrative side of the matter as law enforcement agencies go about their investigation. I will be in Alapuzha by tonight and will submit the report to the minister at the earliest,” he said.

Asked about what might have prompted the athletes to attempt suicide, Srinivas said: “It is appearing to be an attempt of suicide, that is what all substantial evidence shows. It is tragic that a bright girl passed away. What I also understand is that a joint suicide note was left by the four athletes, which is also in possession of the investigating authorities.

“I would not venture to say anything more when a deposition has been recorded by the judicial magistrate,” Srinivas added. — PTI