Ahmedabad: The BJP government in Gujarat has finally purchased a new aircraft worth Rs 191 crore for use by CM Vijay Rupani and other dignitaries like Governor and Deputy CM, formally wrapping up the delayed procurement process launched five years ago. 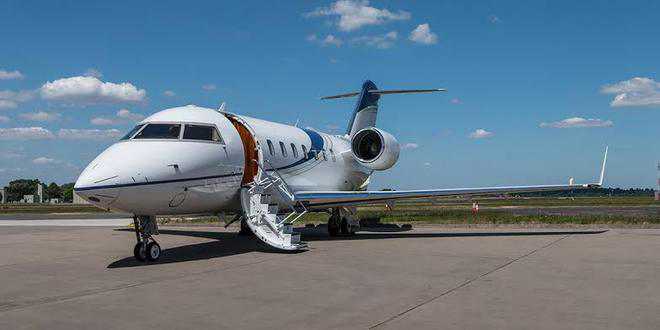 Ahmedabad: The BJP government in Gujarat has finally purchased a new aircraft worth Rs 191 crore for use by CM Vijay Rupani and other dignitaries like Governor and Deputy CM, formally wrapping up the delayed procurement process launched five years ago. The swanky two-engine 'Bombardier Challenger 650', to be delivered in two weeks, can carry 12 passengers and has a flying range of around 7,000 km, much higher than present 'Beechcraft Super King' aircraft being used since 20 years. It can fly with a speed of around 870 kilometres per hour. PTI

Ghaziabad: Ghaziabad District Magistrate Ajay Shankar Pandey has imposed a fine of Rs 10,000 on himself and other staff members after he found water was overflowing from an overhead tank of collectorate building, his personal assistant Gaurav Singh said. When the DM reached his office, he heard the sound of overflowing water falling behind his retiring room, said Singh. The entire staff was "held guilty" and the fine will be shared by all the officers and staff, Singh added. PTI

Washington: The Trump administration's restrictive immigration policies have led to a massive increase in the rejection of petitions for H-1B visas with the highest denial rate among major Indian IT companies, according to a study by think-tank National Foundation for American Policy. Based on data from the US Citizenship and Immigration Services (USCIS), the study showed that denial rates for H-1B petitions have quadrupled from just 6 per cent in 2015 to 24 per cent in the third quarter of the current fiscal. PTI