Religion is personal, not a tool to mobilise: Dalai Lama

PUNE: Tibetan spiritual leader the Dalai Lama on Wednesday said that religion is a “personal business” and should not be used to “mobilise” people on religious lines. Tibetan spiritual leader the Dalai Lama on Wednesday said that religion is a “personal business” and should not be used to “mobilise” people on religious lines.

He was speaking to reporters on the sidelines of inauguration of National Teachers Congress, organised by MAEERs MIT World Peace University and MIT School of Government here.

Replying to a question on what message he wants to give in the wake of violence at Koregaon Bhima in Pune district on January 1, the spiritual leader said, “Religion is a personal business. Whether you follow this religion or that religion, it is personal matter. We should not mobilise...as we Buddhist, we Hindus, we Muslims. That is not good.”

Dalits visiting a war memorial at Koregaon Bhima were attacked here on January 1 that led to a state-wide shutdown in Maharashtra two days later.

In his speech at the conference, the Dalai Lama hailed the Indian society for accommodating diverse religious faiths.

“The largest democracy in the world, India is young and yet a complicated nation. The country has remarkable tolerance when it comes to safeguarding religious faiths of different religions,” he said.

Addressing the teachers’ community, he said the present educational system gives more importance to material values and not “inner values”.

“Today, the world is facing emotional problem and it can be only tackled by education and not religious faiths,” he said.

“The 21st century should be the century of dialogue....

For building a better world, one needs to think about oneness of human beings,” said the spiritual leader. — PTI 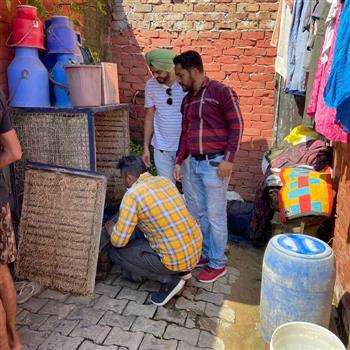