NEW DELHI: Australian culture, arts, food, music and sports will woo indians through six months of a festival to be organised till March of 2019. 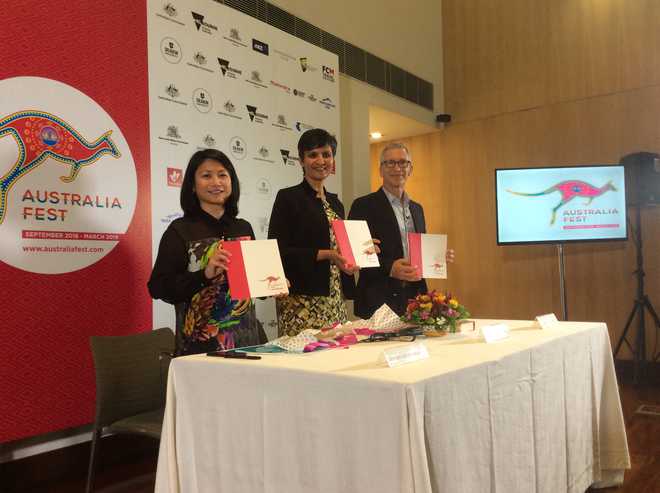 Australian culture, arts, food, music and sports will woo indians through six months of a festival to be organised till March of 2019.

The people-to-people celebration will involve some 75 events across 20 cities in India hosted by the Australian high commission and multiple partners.

“It has long been my conviction that connections between people will be the defining feature of the Australia-India relationship. With Australia Fest, we aim to deepen the engagement between our two countries and further strengthen our people-to-people ties,” said Australian high commissioner Harinder Sidhu at launch of the festival.

Last year, some 300,000 Indians visited Down Under with a significant 18 per cent increase in the number of tourists. The number of Australians visiting India for the corresponding period stood at 290,000. Some 68,000 Indians students are currently enrolled for education programs in Australia.

The envoy hopes that the festival will promote Australia as a ‘favourable, pleasant and welcoming’ destination for Indians and existing two way trade at 27 billion Australian dollars will also receive a boost.

Some of the festival highlights include tour of Bangarra Dance Theatre- internationally acclaimed Aboriginal and Torres Strait Islander dance company, modern Australian jazz and Bengali folk music fusion by The Three Seas, and acts by the Melbourne International Comedy Festival Roadshow among others.

“When it comes to food, the people of India must be the most passionate I’ve met – and I know they’re also some of MasterChef Australia’s most loyal fans!” said celebrity chef Gary Mehigan, in remarks via video link. Mehigan praised young Indian Chefs for enthusing originality, sustainability and native ingredients into their cooking as they travel more widely.

On the occasion the envoy also hoped that India and Australia will be able to conclude a Free Trade Agreement and also begin nuclear commerce in near future. She hoped that RCEP (Regional Comprehensive Economic Partnership) negotiations would see substantial conclusion by this year end. RCEP aims to weave in China, India, Japan, ASEAN members and Australia, South Korea and New Zealand into a regional trading bloc.