CANBERRA: An 1,800-year-old Buddha statue which was displayed in the National Gallery of Australia (NGA) is being prepared for its return to India, after it was found to have been purchased from an illegal antiquity trafficker, authorities said on Friday. 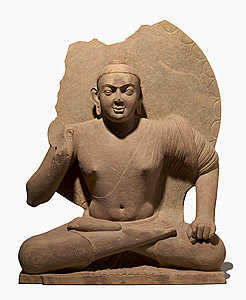 An 1,800-year-old Buddha statue which was displayed in the National Gallery of Australia (NGA) is being prepared for its return to India, after it was found to have been purchased from an illegal antiquity trafficker, authorities said on Friday.

The second-century statue stands at 1.3-metre tall and was purchased from Asian art specialist Nancy Wiener by billionaire Ros Packer, on behalf of the NGA, in 2007, Xinhua news agency reported.

However, documents revealed that NGA staff simply accepted Wiener’s story of how she came to be in possession of the antiquity, unaware that it was in fact stolen from an archaeological site in Mathura in the Indian state of Uttar Pradesh.

NGA director Gerard Vaughan told News Corp on Friday that the sculpture would likely be returned to Indian government officials when they visited Australia for an Indian cultural festival in September.

“There is a high-level delegation coming in September so we’re investigating whether that would be the moment of hand-over,” Vaughan said.

“Or (we) simply come to an agreement with India, because it is no longer our property, whether it can just be sent back to India.”

The condition of the statue was so good that it was initially thought to be a fake, though when experts from the Archaeological Survey of India examined the piece, it was revealed to be genuine.

“One of the reasons was because it’s of great age and was in very good condition. Good condition can denote a fake,” Vaughan said.

“It was good for them to come back to us and say it was authentic and certainly something that should be returned to India,” he said.

According to Vaughan, the NGA would be reviewing all 5,000 Asian antiquities in its collection due to the “culture” of failing to adequately check the background of its dealers.

The news follows the arrest last month of one of the gallery’s main suppliers, Subhash Kapoor, who was charged with illegal trafficking of antiquities. IANS