ETAWAH (UP): The country faces the “biggest” threat from China, former Defence Minister Mulayam Singh Yadav on Tuesday said, claiming that it is plotting to attack India in collaboration with Pakistan. 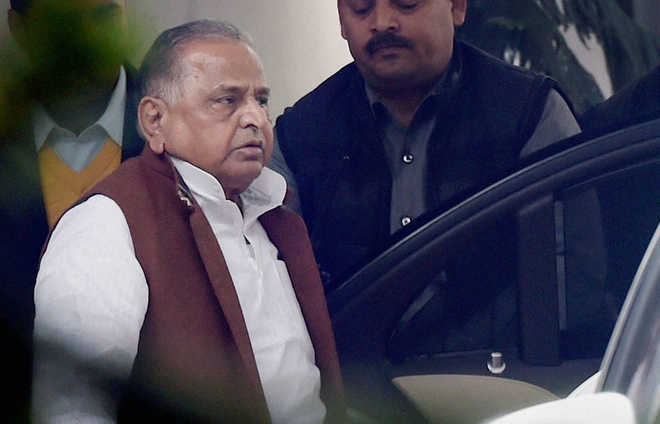 The country faces the “biggest” threat from China, former Defence Minister Mulayam Singh Yadav on Tuesday said, claiming that it is plotting to attack India in collaboration with Pakistan.

“There are a number of threats before the country but the biggest threat is from China...it is continuously encroaching on our land and is planning to attack but is not able to advance because of our Army,” he said at a function here.

“China is preparing to attack India in collaboration with Pakistan. This collaboration of China and Pakistan is dangerous for us...this matter should be taken seriously,” the Samajwadi Party patriarch said.

Referring to the contribution of Lohia, JP and other socialist leaders in the freedom struggle, the SP founder said people have faith in the socialists and they need to raise their voice against injustice.

There are a number of problems before the country like unemployment, poverty, farmers’ plight, women’s safety, terrorism and security of borders and all need to stay together in dealing with them, he said.

Mulayam, who had been dethroned by his son Akhilesh from the post of party president earlier this year, however, did not respond to a suggestion made by his brother Shivpal Singh Yadav in his speech earlier that it was time for him to think about the party.

Shivpal had said that those who claimed to have strengthened the party in fact weakened it and appealed to Mulayam that it was time now for him to decide as the “Samajwadis” of the state are looking to him for taking the party forward. — PTI