BHOPAL: Expressing anguish over the caste system still prevailing in India, Union Minister Thawar Chand Gehlot has said it is ironic that temples and wells still remain inaccessible to those who actually build them. 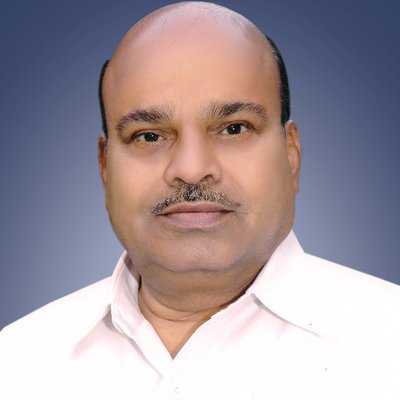 Expressing anguish over the caste system still prevailing in India, Union Minister Thawar Chand Gehlot has said it is ironic that temples and wells still remain inaccessible to those who actually build them.

“Even today we are getting reports of one or two such incidents taking place in the country and we should ensure that they do not occur at all,” Union Minister for Social Justice and Empowerment Gehlot told PTI on Monday.

Voicing his anguish over the caste system at a seminar on Dr BR Ambedkar at a college in Ujjain on Saturday, he said, “You ask us to dig well, but prevent us from drinking its water... we make idols, but you closed portals of the temple for us.”

“You have the wells dug by us, but once the job is done, you don’t let us drink water from it,” Gehlot said.

“Whenever you need to make a pond, you deploy us as workers and at that time we sweat it out and even spit and urinate in it,” the minister said.

“But when the time comes to draw water from it to quench the thirst, you do not allow us to do so saying it will turn impure,” he said.

The senior BJP leader said, “The portals of temples for which we make idols are closed for us once the task is over.”

“Who will correct it after all?” the minister asked.

“Though you may have paid us for making idols, the fact remains that we made it. Let us at least see and touch them,” he said at the seminar ahead of Ambedkar’s birth anniversary on April 14.

Asked about the concern he expressed over the continuance of the caste system and the deep-rooted prejudices of the large section of the people, Gehlot told PTI, “Suman Maharaj, a saint, was also present on the dais when I pointed out these incidents and also urged him to work for removing these social evils from the society.”

“The saint, in his address, had mentioned that the people making idols wear shoes while doing so... and responding to that I said it was not true that those making idols do so.

“I pointed out that people engage Dalits for digging wells and ponds, building temples and making idols but later they are stopped from entering such religious places or to take or drink water,” he said.

“Such incidents are still taking place in the country though just one or two... my ministry is getting such reports from almost all the states,” Gehlot said.

He also pointed out that at Alot in Ratlam district, neighbouring Ujjain, people did not allow a Dalit marriage procession to pass through their locality sometime back.

“Such incidents are taking place even today and my ministry is trying to ensure that they do not occur at all,” he said. — PTI