NEW DELHI: The Delhi government on Monday issued a mandatory direction to all Delhi schools to submit a record of their staff members within a week to get them verified by the local police stations. 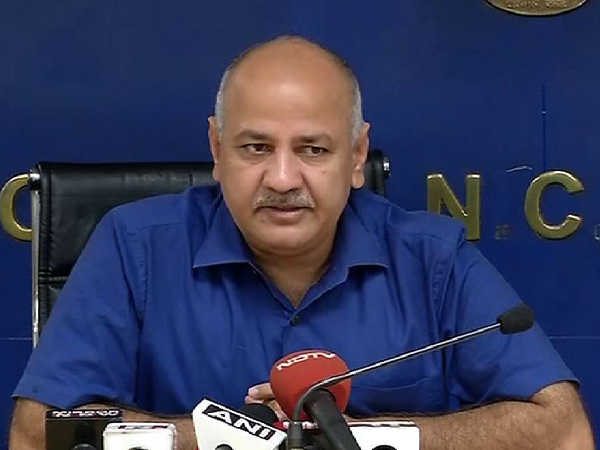 The Delhi government on Monday issued a mandatory direction to all Delhi schools to submit a record of their staff members within a week to get them verified by the local police stations.

Deputy Chief Minister Manish Sisodia called an emergency meeting on Monday with all governmental departments, police officials, and schools (private, government, and MCD) , and listed out a set of instructions to be followed by all schools.

The directions have been issued in wake of the recent murder of a seven-year-old student inside the premises of a private school in Gurugram followed a day later by the rape of a five-year-old girl in Delhi's Tagore Public school.

In a press conference, Sisodia disclosed the issues taken up at the meeting, and said that private schools' political linkage is the major reason behind occurrence of such cases.

"Until the big private schools are not emancipated from political protection, they will do anything they want in this country. Students may get exploited and murdered and no one can touch them," he said, adding that he has been informed that Ryan international School's Managing Director (MD) was responsible for conducting BJP membership drive among parents which hints at a political link.

The Deputy CM slammed the school authority for the dysfunctional CCTV cameras at the school premises.

"If you can send messages for BJP membership, it means you have resources, but you don't have resources to mend cameras?" he said.

In this regard, the Delhi government has directed schools to install CCTV cameras in all classrooms, corridors, stairs, outside washrooms, and playground, and asked Head of Schools (HOS) to submit an online report on the Directorate's portal informing the functionality of the CCTV cameras each month. A deadline for submission is yet to be decided.

Sisodia also called for a regressive round of police verification of all staff members working in whatever capacity within three weeks.

A record of all employees will have to be submitted to the local police station, which will then generate a verification report within 15 days.

Non-compliance with the directions will lead to strict actions, informed the Deputy CM.

In addition, another report with a record of employees and their verification status will have to be submitted, which will be updated every month as well. A committee comprising principals of schools of Municipal Corporation of Delhi, Delhi government,New Delhi Municipal Council, the private ones, and officials of transport and education departments will also be set up which will device comprehensive suggestions for safety and security of children in schools.

Speaking on the rape of a five-year-old in a Delhi school, Sisodia assured that he will make it an exemplary case, adding that it could not be a simple case.

"It can't be a simple case, if a school peon after school hours took away the child and the school authority had no knowledge of it. So, I think there is more to this case," he said.

The Delhi Police have published the following instructions that were taken during the meeting, on the micro-blogging site Twitter,

-Get a police verification done for all the staff employees