BALLIA (UP):Film actor Sunny Leone is a voter in Ballia but goes by the name of Durgawati, if the voters'' list that was being prepared for the 2019 Lok Sabha elections is to be believed. 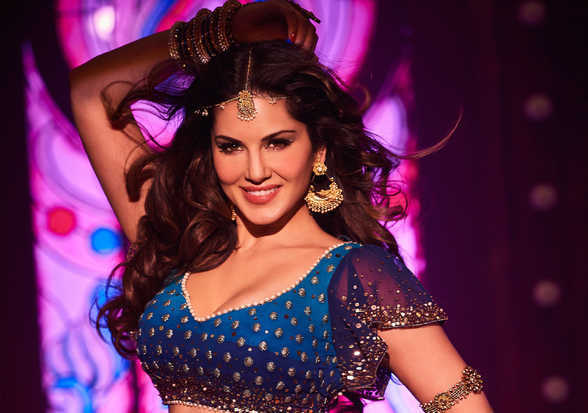 Sunny Leone''s picture was pasted against the name of voter Durgawati. File photo

Film actor Sunny Leone is a voter in Ballia but goes by the name of Durgawati, if the voters' list that was being prepared for the 2019 Lok Sabha elections is to be believed.

An elephant, a pigeon and a deer were also on the list.

The errors were detected and set right during the process of verification of the list, officials said today, blaming a disgruntled data entry operator.

Sunny Leone's picture was pasted against the name of voter Durgawati, Kunwar Ankur Singh was represented by a deer and Kunwar Gaurav Singh looked exactly like a pigeon, according to the list.

Another victim was Narad Rai, a former minister in the Mulayam Singh Yadav and Akhilesh Yadav governments in Uttar Pradesh.

He had a picture of an elephant pasted besides his name in the updated voters list.

The state's chief electoral officer said the episode followed a fight between a data entry operator and a clerk.

“During the initial probe, it came to light that the data entry operator Vishnu Verma had a fight with the local lekhpal. After this, he was removed. Angered over this, Verma had tampered with the voter list," a statement said.

"Out of mischief, he pasted such pictures against the names of seven voters," Additional District Magistrate Mukul Kumar Singhal told PTI.

Singhal said the Election Commission was then informed and the errors corrected.

The mischief was discovered during the verification of the list, he said.

Ballia Superintendent of Police Sriparna Ganguly said an FIR has been lodged against the data operator at Ballia Kotwali police station. — PTI