BENGALURU (Karnataka): A closing ceremony to mark the culmination of 14 days joint training between the Indian Army and the Maldives National Defence Forces was held at Belgaum in Karnataka. 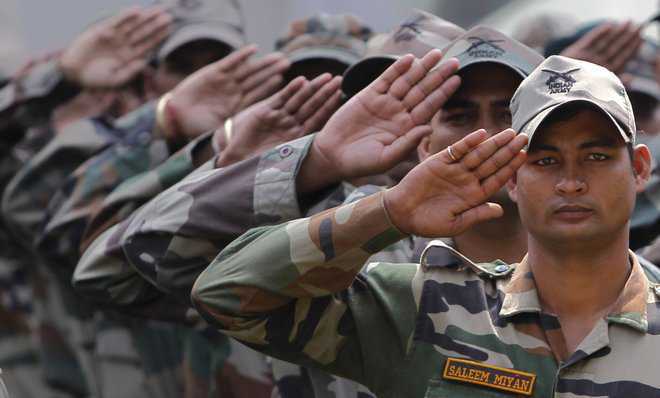 A closing ceremony to mark the culmination of 14 days joint training between the Indian Army and the Maldives National Defence Forces was held at Belgaum in Karnataka.

The event was held at Maratha Light Infantry Regimental Centre on Thursday where the marching contingent of both the countries participated in the closing ceremony.

Fly past done by the army aviation team, carrying flags of both the countries, was also a highlight of the closing ceremony.

The grand ceremony culminated with a pipe and drum band night display by the sirmoor rifles.

Brigadier Alok Khurana, the senior most military observer of the Indian Army said that the exercise has honed individual and collective professional skills of all participants by imbibing best practices of both the Armies and has served to reinforce the close ties of friendship between the two countries.

He appreciated the team spirit, camaraderie and high motivation shown by the participants throughout these two weeks.

Brigadier General Ali Zuhair, senior observer of the Maldivian National Defence Force addressed all participants and complimented them on the successful completion of the exercise.

He also praised them for the high standards of professionalism displayed during conduct of the exercise and thanked the Indian Army in organising the training in a highly professional manner.

The exercise has further enhanced the military relation and cooperation between the two forces. Both the contingents exchanged mementoes and resolved to continue this joint exercise in the future. — ANI.