NEW DELHI/FAIZABAD: In a setback to Jitender Singh Tomar, a Delhi court today dismissed his revision plea against his police remand and refused to provide any immediate relief to the beleagured AAP leader in the alleged fake degree case, saying granting him interim bail will further "complicate" the matter. 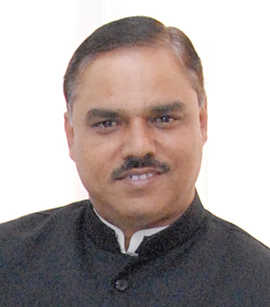 The Delhi Police was today directed to conduct thorough probe into the alleged fake degree case involving Jitender Singh Tomar by a court here which refused to grant interim bail to the AAP leader saying any immediate relief to him will further "complicate" the matter.

The court's observation came while hearing the bail plea filed by Tomar, former Delhi Law Minister, who was arrested on June 9 and was remanded to four-day police custody.

Additional Sessions Judge Sanjeev Jain asked the Deputy Commissioner of Police (DCP), who was present in the court, about the progress of probe into the case and directed him to ensure that a thorough probe is conducted.

"There are hundreds of records in a university regarding a student like admission register, fees slips, class room records, class teacher records. You should ascertain every records and do a thorough probe by looking into all aspects," the judge told the DCP.

The court also asked the police to place on record every detail of the case which would surface during its probe to ensure a fair trial.

During the hearing, special public prosecutor Tarunvir Singh Kehar submitted that records pertaining to the matter were with the investigating officer (IO) who has taken Tomar to Uttar Pradesh and Bihar to ascertain the key facts from the educational institutions allegedly attended by the accused.

He requested for deferment of the hearing on bail plea till the completion of police remand of Tomar.

Senior advocate Ramesh Gupta, representing Tomar, argued that police is supposed to have a copy of case diary as per provisions of law and if any deferment of hearing was given then interim bail should be granted to the accused till the pendency of regular bail plea.

The court accepted the contention of police and deferred the hearing on bail plea saying the matter requires objective consideration of records and interim bail would further "complicate" the matter.

"Order for interim bail will further complicate the matter and the same is neither appropriate nor desirable.

Keeping in view the facts and circumstances of the case, this matter requires objective consideration after going through the records.

"It is in the interest of all the parties that the bail plea is decided after considering the records on expiry of the police remand. Put up the bail application for June 16 before the vacation court of competent jurisdiction," the court said.

Meanwhile, in Faizabad, Tomar was today questioned for the second day, with the Delhi Police trying to gather evidence on the veracity of his documents.

The AAP leader was taken to Saket Degree College where documents were being examined, the police said.

Tomar, who was brought here yesterday, was kept at an undisclosed location during the night.

Earlier, it was reported that he was being taken to Munger in Bihar for verification of his degrees after initial interrogation in Faizabad yesterday.

The RML Awadh University, from where he claimed to have graduated, yesterday denied having any such record.

A Delhi Police team had examined documents at the Awadh University Registrar’s office and taken them in a sealed cover.

Stating its willingness to cooperate with the ongoing probe into the case, the university stood by its earlier stand, saying Tomar’s BSc degree was a forged one.

“One Pradeep Kumar had filed an RTI asking for verification of a set of documents related to Tomar’s mark sheets and degree. The university had replied on January 22 saying it had nothing of that sort in its records. We stand by our previous stand,” its media in-charge S N Shukla said.

He was replying to a question on Tomar’s B.Sc degree.

Tomar had also claimed to have completed his LLB degree from VNSL Studies, a law college affiliated to Tilka Manjhi Bhagalpur University of Bihar.

On way to Faizabad, Tomar had yesterday maintained that the allegations against him were false and accused the Centre of a “conspiracy”.

Tomar, who quit as Delhi Law Minister after his arrest yesterday, claimed that his degrees were “genuine”. — PTI

Rahul shares graphs, says this is what 'failed lockdown looks like'

Token for Punjab malls, no dining at eateries, 20-visitor cap in shrines