NEW DELHI: The GST regime may have positives for the economy in the medium to long term, but consumers will feel the pinch as the cost of services such as mobile bills, financial services and eating out will go up when the new tax regime is implemented. 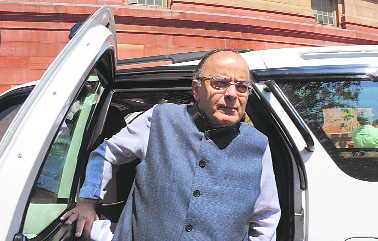 The GST regime may have positives for the economy in the medium to long term, but consumers will feel the pinch as the cost of services such as mobile bills, financial services and eating out will go up when the new tax regime is implemented.

Apart from the consumer who will have to shell out more for services although the price of goods will go down, the pinch on the shoe is also for the unorganised sector that makes up for the maximum chunk of employment in the country.

Analysts say inflation can go up for a year after GST implementation. According to DBS Research, there is likely to be a short-term lift to price pressures, especially as service taxes are raised from the current 15 per cent to 17-18 per cent, while some product taxes are lowered. “These adjustments, however, will partly offset each other, therefore lowering the net impact on inflation. Either way, there is bound to be a temporary rise in inflation, which will typically last a year,” it said.

The DBS expects actual GST implementation in second half of 2017 against the government’s April 2017 deadline. Services are currently subject to 14.5 per cent tax and for goods at the higher end of its standard 12.5-14.5 per cent. If this basket (goods and services) is taxed at a higher 18 per cent, inflation could bounce by 0.4-0.7 per cent in the year of the implementation, DBS said.

While the GST may have its advantages for the economy in creating a common market, consumers will have to pay more for services which accounts for 57 per cent of the GDP. A report by Motilal Oswal Securities says that as far as the impact of GST on inflation is concerned, a moderate GST rate will help reduce wholesale price index (WPI), while the impact on consumer price index (CPI) will be limited. However, since services constitute a larger share in the consumption basket than in CPI, consumers may feel the pinch of higher prices of services as GST is implemented.

The report adds that implementation is expected to narrow the large indirect tax differential between the organised and unorganised players. This would be achieved by ensuring better compliance and enforcement by reducing the threshold limit for exemption from indirect taxes, tracking the flow of GST credit in the entire value chain using technology platforms, ensuring availability of seamless input credit, and reducing the overall effective tax rates.

Analysts say that the fear of job losses in a GST regime persists as it hits the unorganised players who have to now come under tax compliance while benefitting the mid-large sized companies which are already under the organised sector. Some estimates suggest that the unorganised sector accounts for 6 times the jobs than the organised companies which are already under compliance.

For instance, there will be a reduction in unorganised warehousing as the cost benefits reduce. There are estimates that while tax rates come down, the number of tax assesses can go up by 5-6 times.