NEW DELHI: Keen on pushing innovative transport models, Union minister Nitin Gadkari on Thursday said India is ready to embrace the London model to revamp its public transport infrastructure against a backwhere share of buses has shrunk to 1 per cent of the total vehicles from 15 per cent earlier. 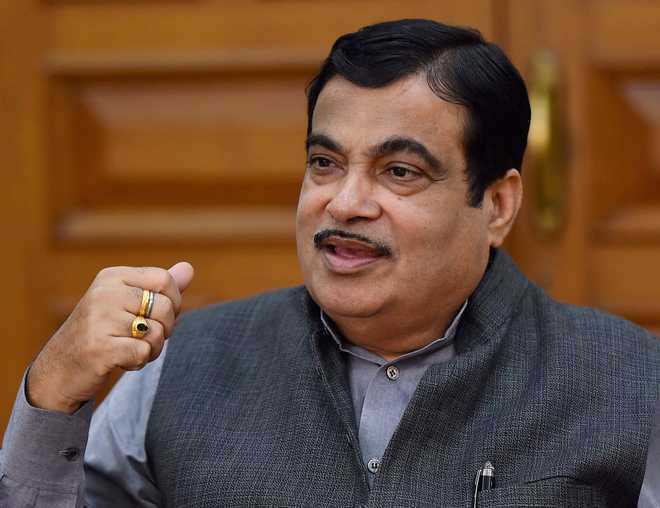 Keen on pushing innovative transport models, Union minister Nitin Gadkari on Thursday said India is ready to embrace the London model to revamp its public transport infrastructure against a backdrop where share of buses has shrunk to 1 per cent of the total vehicles from 15 per cent earlier.

Efforts are on to introduce skybuses on select stretches with the help of an Austrian firm, the road transport minister said.

"Once upon a time public transport buses accounted for 15 per cent of the total vehicles. Now it has come to 1 per cent...The success story of London transport should be inspiration and motivation for all state operators in India, which have become economically unviable barring a few," the minister said.

He was addressing an event for launch of Reimbursable Advisory Services (RAS) from the World Bank for enhancing the effectiveness and efficiency of the public transport sector.

The minister said the London model of transportation system where 17 private operators have joined hands to offer services did not require investment and was a professional one and could offer solutions for frequent traffic jams, pollution and accidents here.

He also said that World Bank can come out with a total public transport vision for India and added that public sector Wapcos which has inked a joint venture with Austria's Doppelmayr has prepared two project reports for skybuses in India.

"One is for Bikaner and another is for Aurangabad. Skybus, cable cars and ropeways will be there... Now technically we are in position to prepare the project report and DPR (detailed project report) and capital cost for it is less than Rs 50 crore with a capacity of more than 70,000 per hour ...Public transport is essential," he said.

Gadkari said the future belongs to electric and bio-fuel based transport vehicles, which are cost effective, pollution free and cut on import bill on petroleum products.

He said, using ethanol and methanol is also a good option and cited the example of Nagpur, where bio-CNG is being produced from fruit, mutton waste, etc.

For intercity transport, he advocated adopting broad-gauge metro, for which rolling stock is readily available and said such services could easily be introduced on stretches like Delhi-Ludhiana, Delhi-Saharanpur and Delhi-Agra.

He said studies suggest that against the construction cost of Rs 350 crore per km for traditional metro, it comes to only Rs 3 crore for broad-gauge metro.

The minister also said the Maharashtra government has agreed to introduce 2,000 electric buses in the state.

In Nagpur, there are 35 ethanol buses, Gadkari said and added that "import of crude oil is a big economic problem for our country". He said the plan is to convert all 450 buses on ethanol in Nagpur.

On methanol, he said it is available and Assam Petroleum, Gujarat Fertilizer, RCF and Deepak Fertiliers are manufacturing methanol.

On water transport, the minister said massive efforts were on to develop rivers into waterways and this year Varanasi to Haldia stretch will see transportation of 80 lakh tonnes of cargo on water which will swell to 280 lakh tonnes in next two to three years.

An MoU with Transport for London (TFL) was signed on January 10, 2018, with the aim to bring in the best practices from world.

TFL is an agency that manages the transport system for Greater London and has demonstrated its capability by creating strong and dependable public transport system in the city of London. It has created a unique system of operating buses in PPP model with over 17 operators under a single brand.

Expressing satisfaction over engaging the World Bank for consultancy services for carrying out public transport improvement studies in the states of Andhra Pradesh and Maharashtra and said this can be replicated in other states for the betterment of public transport.

Through this advisory service, the Ministry of Road Transport and Highways will assist the recipient states Maharashtra and Andhra Pradesh and their State Transport Undertakings (STUs) in improving their public transport policy.

RAS would also enable the ministry to guide states in public transportation matters and to carry out certain pilot projects in the recipient states which can be replicated in other states for the betterment of public transport system.

World Bank Country Director, Junaid Kamal Ahmad, said India was going to see massive urbanisation in the next 15-20 years and about 300 million people will move to cities and towns in the next 25 years.

Gadkari said smart mobility will be the only solution as massive urbanisation will put tremendous pressure on public transport and India needed to invest now for future sustainable transportation system.

He said the World Bank is committing partnership with India for developing a transportation that is not restricting to buses and metro alone. - PTI