NEW DELHI: Amid looming US sanctions, India has conveyed to Trump administration that it couldn''t stop its oil imports from Iran, sources say. 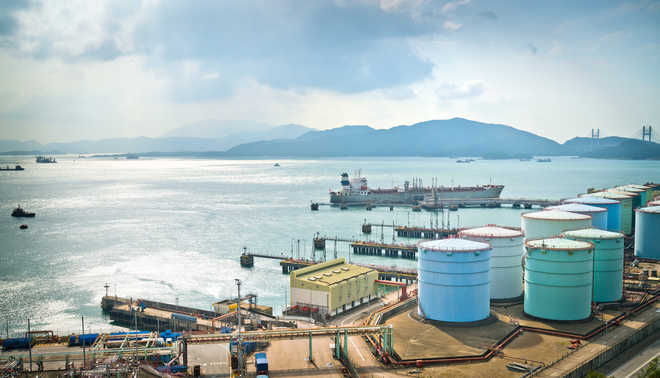 Amid looming US sanctions, India has conveyed to Trump administration that it couldn’t stop its oil imports from Iran, sources say.

Indian officials are believed to have made it clear, in three rounds of technical discussions with US officials as well as the most recent 2+2 Dialogue, that while India was willing to negotiate the amount of oil it could continue to import from Iran, it would be impossible to completely scrap its dealings.

Iran is India’s third largest supplier of oil, behind Iraq and Saudi Arabia.

Another American delegation is expected later this month to negotiate how much India would have to cut down its imports by to help make exception for other kinds of tradings with Iran, such as the Chabahar Port that India projects as “humanitarian development project with special significance to Afghanistan”.

At the end of the 2+2 talks, US Secretary of State Pompeo in his press interaction said: “We have told the Indians consistently, as we have told every nation, that on November 4, the sanctions with respect to Iranian crude oil will be enforced, and that we will consider waivers where appropriate, but that it is our expectation that the purchases of Iranian crude oil will go to zero from every country, or sanctions will be imposed”.

“Already fuel prices are high in India. If cost of production of oil goes up internationally, it will add to our problems. Companies will pass on added prices to consumers,” said an official, pointing out that US was currently isolated internationally over its stance, with Europe, China and Russia still standing by the Iran nuclear deal.

India has been holding separate discussions with Europe over US ultimatum.

Also, India is eyeing the Caspian Sea oil and gas reserves to which Iran has sole access.

Sources say that India has explained to American interlocutors that its economy needs to grow if US wants it to be a major player in its South Asia and Indo-Pacific strategy. Additionally, India has argued that with China now aiming to extend CPEC (China Pak Economic Corridor) to Afghanistan, India’s access to the region through Iran gains significance.

While Americans so far have not promised any India specific waiver, The Tribune has learnt that Delhi has allowed a private Iranian bank to set up shop in Mumbai and is currently ishold ing discussions over payment options to bypass sanctions.

Under the previous regime, India had entered into a barter arrangement through UCO bank for payment towards oil trade.

“Realistically, India needs Iranian oil given it has been a traditional energy supplier. Indian companies want to acquire stakes in upstream oil and gas assets in Iran. So one has to look at oil relations with Iran strategically. One hopes US will understand,” energy expert Narendra Taneja says. “But due to lack of ships for passage of oil and insurers, there is a possibility that imports may come down eventually.”