HOUSTON: The second edition of the Jaipur Literature Festival (JLF) will be held in Houston from September 13-14 as part of the larger umbrella of the literary event in the US, the organisers have said. 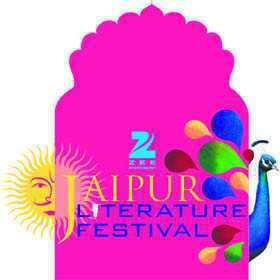 Hailed as one of the greatest literary shows globally, the JLF after Houston will be held in New York from September 17-18 and in Colorado from September 21-22. File photo

The second edition of the Jaipur Literature Festival (JLF) will be held in Houston from September 13-14 as part of the larger umbrella of the literary event in the US, the organisers have said.

Hailed as one of the greatest literary shows globally, the JLF after Houston will be held in New York from September 17-18 and in Colorado from September 21-22.

“JLF brings together speakers from the Occident and the Orient. We discuss and debate issues that may emerge from the primary theme of the book and place these issues within the context of local, national, and international perspectives,” Sanjoy Roy, managing director of Teamwork Arts and festival producer, said.

“JLF Houston stretches attendees’ viewpoints and perspectives and gives us all so much to consider about how we interact with the world and with our fellow human beings,” says Bonna Kol, president of Asia Society Texas Centre.

“Houston is a richly diverse city, which makes this region the ideal place to showcase a stimulating range of topics and a talented pool of authors,” Kol said.

The JLF Houston is funded in part by the City of Houston through Houston Arts Alliance and is supported by the Consulate General of India in Houston.

Producer JLF Teamwork Arts would be organising the event in association with the society and Inprint.

“We work hard with our colleagues at Teamwork Arts to assemble an inclusive and engaging array of leading writers and scholars at JLF Houston who will stimulate the intellect and imagination of this extraordinary city,” says Rich Levy, executive director of Inprint.

“It’s exciting to see JLF Houston take wing, and we are proud to be a part of it.”

Festival attendees will get an opportunity to listen to the beautiful and soulful performances by Shruthi Vishwanath and Vivek Virani. Shruthi Vishwanath is a singer and composer who specialises in mystic music of the Indian subcontinent.

While Vivek Virani, Assistant Professor of Ethnomusicology and Music Theory at the University of North Texas, is a versatile musician, trained in Hindustani classical music.

The Houston event will present a rich showcase of South Asia’s literary and oral heritage while also featuring authors from around the world as well as local literary figures from Houston, the organisers said. PTI

The two leaders shared some lighter moments during the first...