GREATER NOIDA: Armed robbers struck a group of eight people travelling to Bulandshahr in a vehicle on the Yamuna Expressway in the wee hours of Thursday, and shooting dead a man. 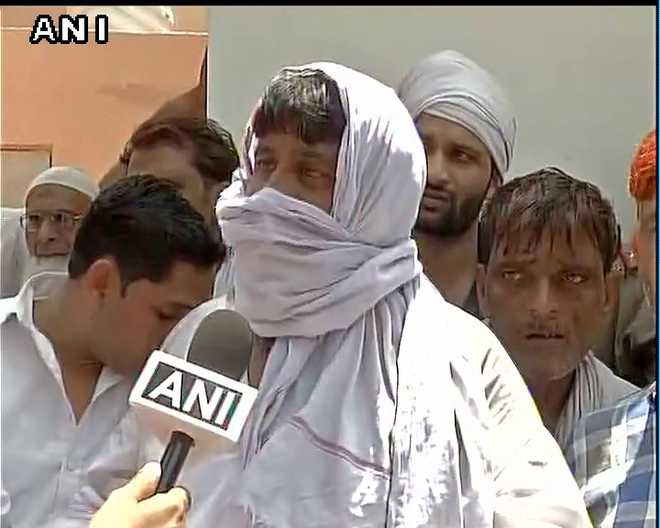 A victim speaks with the media on Thursday. —ANI

Armed robbers struck a group of eight people travelling to Bulandshahr in a vehicle on the Yamuna Expressway in the wee hours of Thursday, shooting dead a man and looting cash and jewellery.

Four women, who were travelling in the car along with as many men, alleged that they were raped at gunpoint after they tried to resist the robbery bid.

The police, however, were yet to confirm sexual assault, and said the women were misbehaved with.

They have been sent for medical examination.

The police said the incident took place near Sabota village in Jewar around 2 am when the eight people were going to visit a relative undergoing treatment at a hospital in Bulandshahr in western Uttar Pradesh.

The gang of five robbers targeted the vehicle after the driver stopped it to fix a flat tyre. They attacked the occupants and took away jewellery and Rs 44,000 in cash with them.

The deceased has been identified as Shakeel Qraishi.

The incident reminded the horrific gang rape of a woman and her 13-year-old daughter in July last year when, they were travelling in a car from Noida to Shahjahanpur. The incident took place on the national highway passing through Bulandshahr. PTI