KANPUR: Crucial files relating to the murders during the 1984 anti-Sikh riots have gone missing from the government records in Kanpur. 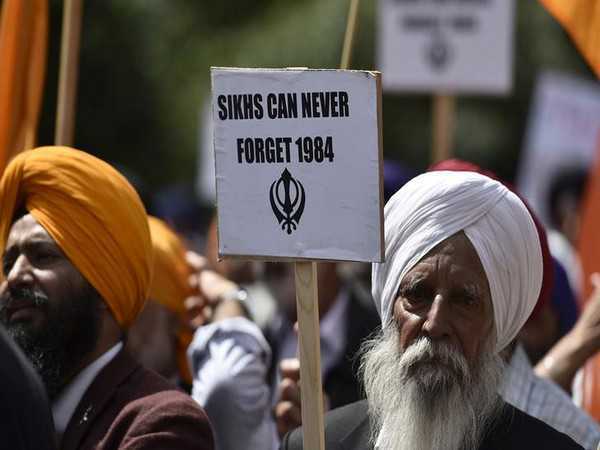 More than 125 Sikhs were killed in this industrial town of Uttar Pradesh. File photo

Crucial files relating to the murders during the 1984 anti-Sikh riots have gone missing from the government records in Kanpur. More than 125 Sikhs were killed in this industrial town of Uttar Pradesh, which witnessed the second largest killings of minorities, after Delhi, following the assassination of then-Prime Minister Indira Gandhi on October 31, 1984.

The special investigation team (SIT), set up by the state government in February 2019 to re-examine the 1984 riots cases, have discovered that several important files relating to murder and dacoity were missing.

In some cases, the SIT could not even find the FIR and case dairies, which raises serious questions on the investigation into the killings of Sikhs here.

On the mysterious "disappearance' of crucial documents and case files, Atul, SIT Chairman and former Director General of Police, told IANS, efforts were under way to retrieve the files.

"We want to ascertain the facts. We want to know whether the police closed the cases of murder in the absence of concrete evidence or they filed chargesheets in the court of trial. However, at the moment I can't elaborate as in many cases relating to murder, we are yet to trace the files," said Atul, a former IPS officer of the UP cadre, who also held a senior position in the Central Bureau of Investigation (CBI).

Over 1,250 cases of murder, attempt to murder, dacoity, loot, arson, scuffle and threat to life were registered in Kanpur related to anti-Sikh riots.

The missing files relate to serious crimes, like murder and dacoity.

Sources said, the SIT initially identified 38 crimes of serious nature. Of these, in 26 cases, the police closed the investigation. The SIT has sought to re-examine these cases to ensure that guilty are not let off.

However, when Balendu Bhushan, SP, SIT, decided to go through the files, he found most important case dairies missing. The SP alerted the authorities to search the missing documents. He also appealed the witnesses of such crimes to come forward and register their statements.

Meanwhile, Anant Deo, SSP of Kanpur, said the matter was over 35 years' old. "I am not in a position to comment right now. We will have to see whether the files were eliminated as many documents, as per government rules, are weeded out in a particular time-frame. Yet, given the importance of cases, we will try our best to cooperate with the SIT in retrieving documents," the SSP said.

Acting on a writ petition filed in the Supreme Court in 2017, the UP Government had set up the SIT, headed by Atul. Other members of the SIT include, retired District Judge Subhash Chandra Agarwal, former Additional DG, Prosecution, Yogeshwar Krishna Srivastava and Balendu Bhushan, SP.