LUCKNOW:As a goodwill gesture for peace and harmony in the country, a group of eminent Muslims on Thursday expressed the desire to hand over the land owned by the Muslims to the Supreme Court which may give it to the Central government. 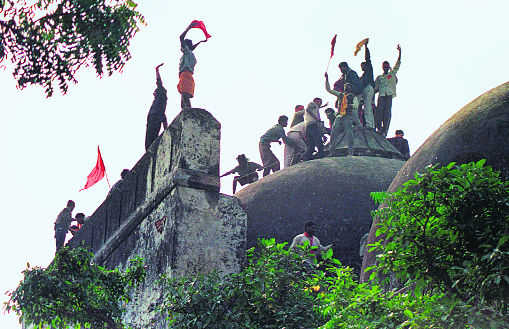 As a goodwill gesture for peace and harmony in the country, a group of eminent Muslims on Thursday expressed the desire to hand over the land owned by the Muslims to the Supreme Court which may give it to the Central government.

Under the aegis of the Indian Muslims for Peace, a cross-section of Muslims, including retired bureaucrats, army men, lawyers, journalists, doctors and businessmen, deliberated that an out-of-court settlement in the protracted Babri Masjid-Ram Janam Bhoomi dispute was the only solution that could make both Hindus and Muslims happy as no party would feel aggrieved.

Chief guest Lt Gen Zamir Uddin Shah (retd) said after 40 years in the Army he had come to the conclusion that war could never offer any solution.

He said the Muslim community should realise that even if the court order was in their favour they would not be able to construct a masjid on the spot.

“In such a situation for lasting peace and saving the country from communal holocausts, the Muslims should hand over the land to the GoI to be handed over to the Hindus,” said Lt Gen Shah.

Demanding a determined clear-cut judgment from the apex court, Lt Gen Shah said he and his associates had made the suggestion for mediation as they had their “ear to the ground”.

“What we are saying is the voice of crores of peace-loving citizens of the country. Mediation alone will bring about a permanent solution to the problem in which Hindustan will win,” he added.

Retired IAS Anis Ansari said the Indian Muslims for Peace was making an effort under the Supreme Court’s directions to keep the mediation process on. He said the group had already met senior advocate Sriram Panchu, member of the Supreme Court-appointed Justice FMI Kallifullah mediation committee.

He said, “Among the proposals placed before the committee which has been forwarded to the apex court, is the suggestion to hand over the 2.78 acres with the Sunni Central Waqf Board to the Government of India.”

The committee has also demanded expediting the cases for the demolition of the Babri Masjid on December 6, 1992, including the cases of criminal conspiracy.

Lt Gen Shah said till date they had not engaged with either the Nirmohi Akhara or Ram Lalla Virajman. Sunni Central Waqf Board chairperson Zafar Ahmad Farooqui was supportive of the proposal for mediation, said Ansari.