NEW DELHI:Former Finance Minister P Chidambaram will remain in jail till October 3 as a Delhi court on Thursday extended his judicial custody in connection with the INX Media corruption case, saying that the investigation is still in progress. 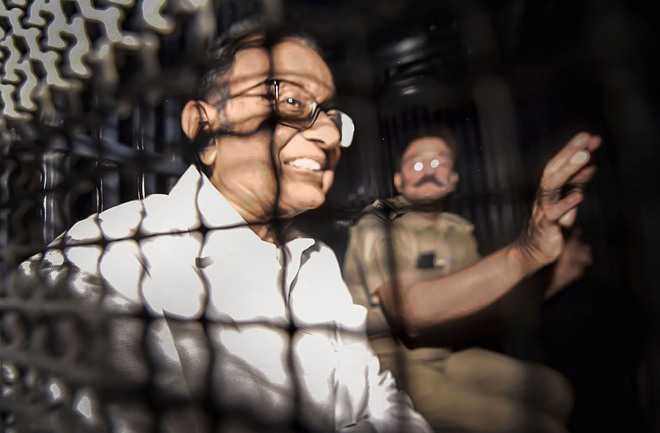 Former Finance Minister P Chidambaram will remain in jail till October 3 as a Delhi court on Thursday extended his judicial custody in connection with the INX Media corruption case, saying that the investigation is still in progress.

Special judge Ajay Kumar Kuhar said there was no change in the circumstances and noted that Chidambaram has already moved a bail plea before the Delhi High Court.

“This court has considered the grounds for police custody and thereafter for judicial custody and granted remand accordingly. There is no change in the circumstances as such. It is not a case where no case is made out against the accused. The investigation is still in progress. The accused has already applied for the bail before the Delhi High Court. Therefore as per understanding of this court, the judicial remand of the accused has to be extended. Accordingly, the judicial remand of the accused is extended till October 3,” the court said.

Chidambaram, lodged in Tihar Jail, was produced before the court after his 14-day judicial custody ended on Thursday. The court extended the judicial custody of Chidambaram after the CBI sought its extension. It also allowed medical examination of Chidambaram after his lawyers told the court that he is suffering from various ailments. The CBI had registered an FIR on May 15, 2017, alleging irregularities in the clearance granted to the INX Media for receiving overseas funds of Rs 305 crore in 2007. —  PTI