One rupee compensation to farmers who lost their crops

MUMBAI: The much vaunted Pradhan Mantri Fasal Beema Yojana (PMFBY), a crop insurance scheme which was touted as a panacea to stop farmers from committing suicide has ended up mocking them instead. 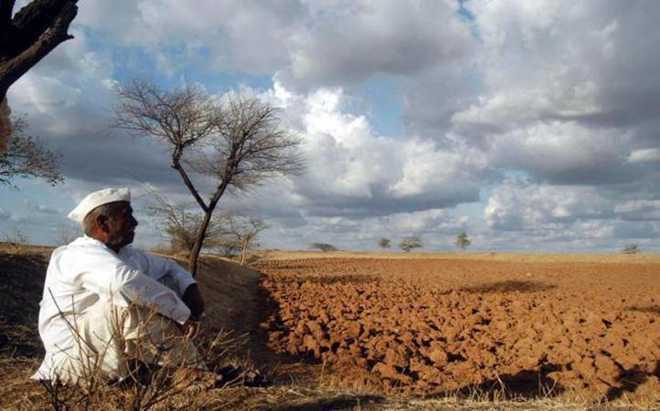 The much vaunted Pradhan Mantri Fasal Beema Yojana (PMFBY), a crop insurance scheme which was touted as a panacea to stop farmers from committing suicide has ended up mocking them instead.

More than 2000 farmers who filed claims for compensation for crop loss from the Kej tehsil this year have had payments as low as one rupee credited in their accounts.

Earlier this week, the Beed District Central Co-operative Bank released a list of beneficiaries which details compensation provided against the names of the farmers.

While 773 farmers got just one rupee each as compensation, two rupees were credited into the accounts of 669 farmers by the insurance companies.

Fifty farmers received Rs 3 while 702 cultivators got Rs 4 each. Thirty-nine farmers got Rs 5 each as compensation for crop lost.

The matter was raised in the ongoing monsoon session of the Maharashtra Assembly recently.

Senior Nationalist Congress Party leader Ajit Pawar pointed out that the compensation was a mockery of
the crop insurance scheme rolled in the name of Prime Minister Narendra Modi.

“You are making a mockery of farmers? Farmers in Beed had paid crop insurance premium of Rs 51 but when they applied for compensation following crop failure they are being harassed like this,” Pawar said in the state assembly.

Beed district in Maharashtra hit the headlines this year after enrolling 11,68,359 farmers under the (PMFBY).

In Kej tehsil alone, 15,691 farmers had enrolled by paying a premium of Rs 51.42 lakh to the public sector United Insurance Company, according to data being shared by Maharashtra’s opposition parties.

The Swabhimani Shetkari Sanghatana (SSS) in a statement said claims to the tune of Rs 2200 crore were made towards crop loss last May.

Of this, only Rs 165 crore or seven per cent of the amount claimed has been released, the SSS said.

The party is now demanding an investigation into the methodology adopted for disbursal of crop insurance. The Sanghatana added that it would soon launch an agitation if the “scam” was not probed.