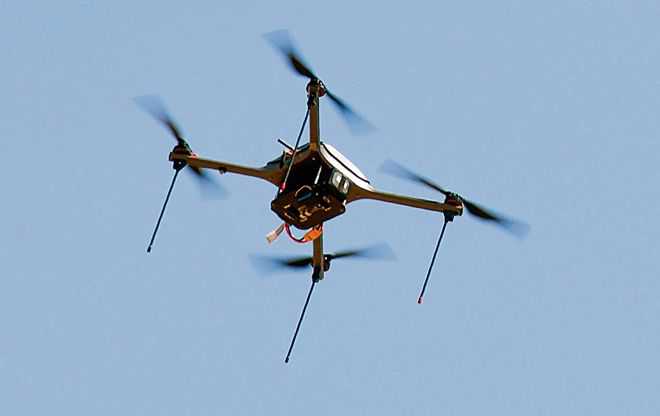 An official blueprint prepared by central agencies says unregulated drones, UAVs and remotely-piloted aircraft system are a “potential threat” to vital installations, sensitive locations and specific events and a “compatible solution” is required to counter these.

A data estimation study conducted by these agencies state that over 6 lakh unregulated drones, of various sizes and capacities, are present in the country and anyone of these can be used for launching a nefarious act by disruptive elements. Recent incidents like the lethal drone attack on Saudi Arabia’s largest petroleum company and arms dropping by UAVs in Punjab from across the India-Pakistan border has alerted Indian security and intelligence agencies. The agencies are now looking at specific anti-drone techniques like ‘sky fence and ‘Skywall 100’ to intercept and immobilise suspicious and lethal remote-controlled aerial platforms. A report titled ‘Drones: A new frontier for Police’ , published in the Indian Police Journal by Additional DG of the Rajasthan Police, Pankaj Kumar Singh, has talked about these new techniques.

Two separate BPRD and Ministry of Civil Aviation-appointed task forces are now mulling on “priority areas that need to be armed with counter-drone weapons,” the senior official said. — PTI