NEW DELHI: Pakistan is under a lot of pressure at the Financial Action Task Force (FATF) meeting, currently under way in Paris, to rein in terror groups operating from its soil, National Security Advisor Ajit Doval said on Monday. 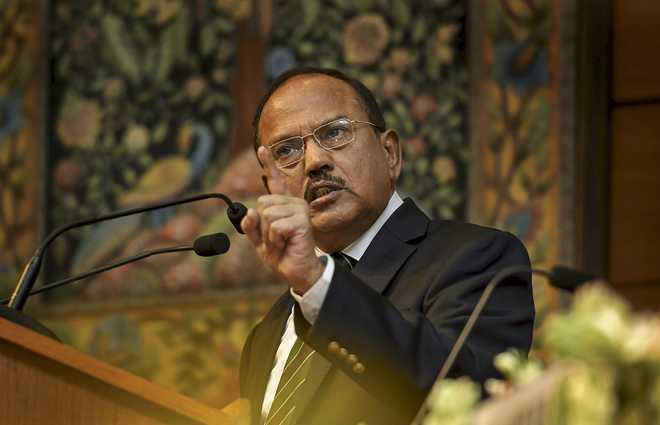 Pakistan is under a lot of pressure at the Financial Action Task Force (FATF) meeting, currently under way in Paris, to rein in terror groups operating from its soil, National Security Advisor Ajit Doval said on Monday.

Doval, who was addressing a meeting of the chiefs of the Anti Terrorism Squad (ATS), said the biggest pressure on Pakistan comes from the functionaries of the FATF.

In the present context no country can afford to go for a war as the financial and human costs are huge and no one is sure about victory, he said.

“Pakistan has been using terrorism as the instrument of state policy,” he said.

Terrorism is a low cost sustainable option which may damage enemies to a great extent, Doval said in a reference to Pakistan.

The FATF is an inter-governmental body established in 1989 to combat money laundering, terrorist financing and other related threats to the integrity of the international financial system. —PTI