NEW DELHI: Goa Chief Minister Manohar Parrikar made an appearance in the Rajya Sabha on Friday, which led to protests from the Congress members. He thanked members for cooperating with him. 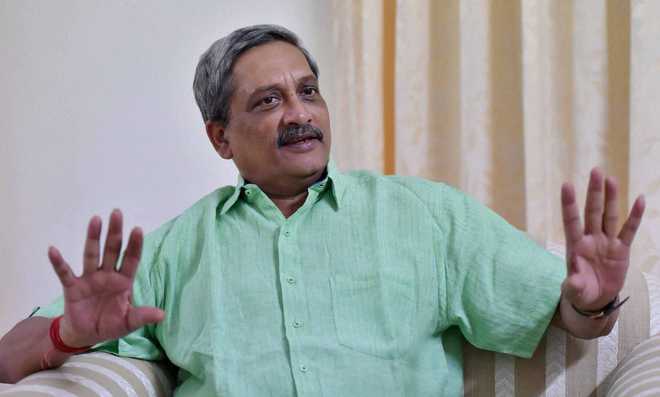 Goa Chief Minister Manohar Parrikar made an appearance in the Rajya Sabha on Friday, which led to protests from the Congress members.

Speaking in the House, Parrikar thanked the members for their cooperation to him as Defence Minister. He especially thanked Congress leader Digvijaya Singh, who has been leading the protests in the House over the way he was appointed the Goa CM.

The Congress has been demanding a discussion in the House on the “conduct of the Goa Governor” following the recent Assembly polls in the state.

Parrikar was shouted down as he started speaking, thanking the members of the Rajya Sabha. Amid the vociferous protests by Congress leaders, Parrikar offered special thanks to Digvijya, who had moved a substantive motion on the issue.

That Parrikar “especially thanked” Digvijaya was mentioned by a smiling Minister of Stare for Parliamentary Affairs Mukhtar Abbas Naqvi.