NEW DELHI:Pre-primary education is all set to become an integral part of the school system with education ministers of all states today approving this key proposal of the Draft National Policy 2019 at a meeting of Central Advisory Board of Education (CABE). 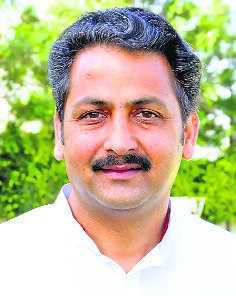 Pre-primary education is all set to become an integral part of the school system with the education ministers of all states today approving this key proposal of the Draft National Policy.

The approval came at a meeting of Central Advisory Board of Education (CABE), the highest policy making body on education which HRD Minister chairs. State education ministers are CABE members.

The special meeting of CABE called by HRD Minister Ramesh Nishank today discussed the Draft National Policy 2019 before it is finalized and adopted.

In a key proposal the draft NEP sets the timeline of 2025 to make early childhood care and education (ECCE) an integral part of the Indian school system. ECCE is currently not a part of the formal system is handled through anganwaris in the Integrated Child Development Scheme of the Women and Child Development Ministry. ECCE relates to children aged zero to six years.

Draft NEP now proposes complete subsuming of ECCE under the HRD Ministry so that HRD can ensure continuity of curriculum and pedagogy from pre primary to primary school besides looking at a uniformity of the foundational aspects of education. The NEP suggests preparation of curriculum and pedagogical framework of guidelines for three to eight year olds (foundational aspects) for parents, anganwaris and pre primary schools.

“A detailed plan outlining the operational and financial implication of the integration of ECCE with the school education will be developed in consultation with the Ministries of WCD and Health and will be finalised by the end of 2019 by a special task force of the three ministries,” a note circulated at the CABE meeting today said.

HRD Ministers of all states supported ECCE inclusion in the school system with Punjab taking the lead having already implemented this integration in the state after a cabinet decision in 2017.

“Punjab has already provided pre primary education in schools to over two lakh children. Our government today backed the draft NEP proposal on ECCE but sought its complete integration with schools. The Centre will have to see how it reconciles the anganwari system with the fresh proposal. Anganwaris will have issues with this move which most state education ministers welcomed. Punjab today also suggested central funds basic school sports infrastructure under PM Narendra Modi’s Fit India pitch. We also sought aid for schools along out 50 km International Border with Pakistan,” Punjab education minister Vijay Inder Singla told The Tribune today.

While the draft NEP asks states to create a special cadre for professionally qualified educators for ECCE, most education ministers including Punjab’s today called for a joint venture between the centre and the states for this purpose. “We also asked for DIETs (District Institutes of Education and Training) to be affiliated to the National Council for Teacher Education,” Singla added.

NEP 2019 will replace NEP 1986. Drafat 2019 policy was submitted to HRD Ministry by a committee led by acclaimed scientist K. Kasturirangan on May 31 after which the Government opened the draft for public comments. Today’s meeting was the major step towards finalization of the new policy.