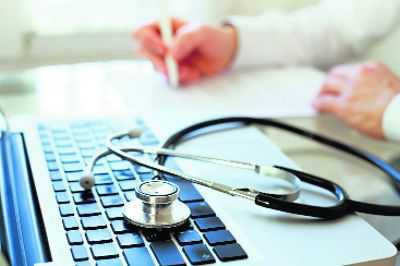 The Rajya Sabha today passed the National Medical Commission Bill, which intends to replace the old Medical Council of India (MCI) with a new body. The Bill was passed with two official amendments relating to clauses dealing with representation in the commission.

Even as the Lok Sabha had already passed the National Medical Commission Bill, 2019, the proposed legislation would now again go back to the Lower House, as the two amendments need to be approved by it.

Replying to a four-hour discussion on the Bill, Minister for Health and Family Welfare Harsh Vardhan described the legislation as one of the biggest reforms for medical education in the country. However, it was passed on a day when doctors were on a countrywide strike against the proposed legislation.

The Bill that seeks to repeal the Indian Medical Council Act, 1956, was approved by a voice vote in the Upper House, amid a walkout by AIADMK members.

Noting that the Bill “in no way intends to promote quackery”, as apprehended by a few members, the minister asserted that NEET “is already an institutionalised body” which is conducting examinations in 13 languages.

He went on to add that the legislation has strong provisions against wrong practices that include one-year imprisonment and Rs 5-lakh fine as against a nominal fine by the MCI.

“Once the NMC Bill is approved, exit examination in the final year of MBBS will be implemented over the next three years,” the minister said, adding that 40,000 of the total 80,000 of MBBS seats are under government institutions and there would be a cap on fees too.

Noting that state governments will have regulation powers on 50 per cent of seats, the minister said, “Members claimed that the representation of states is less in the NMC. But of the 25 members of the council, 11 are state representatives.”

Harsh Vardhan also thanked senior Congress leader Ghulab Nabi Azad for his valuable suggestions and said the “good ideas of the previous government have been implemented”.