KOLKATA/NEW DELHI: CBI teams visited the IPS officers’ mess and a five-star hotel here on Thursday in the search for former Kolkata police commissioner Rajeev Kumar against whom an arrest warrant was also sought by the agency and a fresh notice issued for his appearance in the Saradha chit fund scam case. 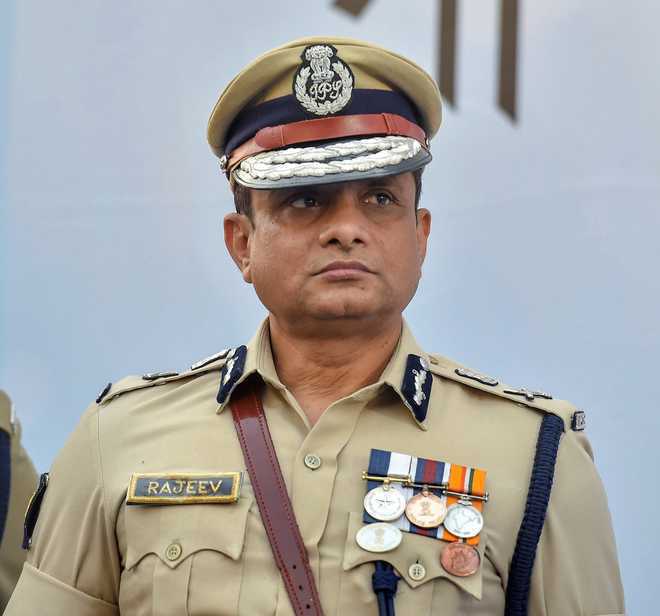 CBI teams visited the IPS officers’ mess and a five-star hotel here on Thursday in the search for former Kolkata police commissioner Rajeev Kumar against whom an arrest warrant was also sought by the agency and a fresh notice issued for his appearance in the Saradha chit fund scam case.

The Additional Chief Judicial Magistrate (ACJM), Alipore, reserved his order on the prayer for the arrest warrant after submissions by the lawyers of the Central Bureau of Investigation(CBI) and Kumar, who is currently the Additional Director General of West Bengal CID.

The CBI also dashed off another letter to the state Director General of Police (DGP) seeking Kumar’s phone number on which he could be contacted, an agency official said.

Kumar, who is alleged to have suppressed crucial evidences required for preparing the final CBI charge sheet in the scam, has been evading the probe agency’s summons to appear before it and his whereabouts are not known.

The CBI in its fresh notice asked Kumar to appear before it on Friday at 11 am, the agency official said, adding its teams visited the IPS officers’ mess at Alipore and a five-star hotel on EM Bypass among other locations “enquiring” about him during the day.

The Kolkata High Court last Friday withdrew the protection given to Kumar from arrest.

The CBI told the Alipore court that the senior IPS officer has failed to appear before it for assisting in the chit fund scam probe despite notices being sent to him on multiple occasions.

Kumar is not cooperating with it in the probe, the CBI lawyers said in the court of Additional Chief Judicial Magistrate (ACJM) Subrata Mukherjee.

They claimed that Kumar has been avoiding appearance before the CBI officers by citing frivolous reasons and seeking more time to visit the agency’s office at Salt Lake here.

Lawyers representing Kumar said he is a witness and not an accused and as such the court cannot issue an arrest warrant against him in the case.

Denying the charge that he was not cooperating with the probe, they claimed that Kumar is not absconding and informed the CBI that he would not be available from September 1 to 25.

The CBI lawyers cited previous judgements by different courts in support of their prayer, including the one in which the agency got an arrest warrant against absconding underworld don Dawood Ibrahim.

Kumar’s lawyers said the order relating to Dawood, one of the country’s most-wanted fugitives, did not apply in this case.

The Saradha chit fund case was registered at the Alipore court in South 24 Parganas district.

On September 17, Kumar moved the Barasat District and Sessions Court seeking anticipatory bail but failed to get any relief from it.

The Sessions judge disposed of Kumar’s anticipatory bail plea and said it has no jurisdiction in the matter, as the case was registered at the Alipore district court.

The West Bengal DGP, in a letter on Monday, told the CBI that its notices were sent to Kumar’s official residence and his response was awaited, he said.

In the letter, the DGP had said Kumar had intimated him through his lawyer that he was on leave till September 25.

The letter also said Kumar was exploring the legal remedies available to him.

The Saradha group of companies had allegedly duped lakhs of people to the tune of Rs 2,500 crore promising higher rates of return on their investments.

Kumar was part of a special investigation team (SIT) set up by the West Bengal government to investigate the scam before the Supreme Court handed over the case to the CBI in 2014, along with other chit fund cases. — PTI