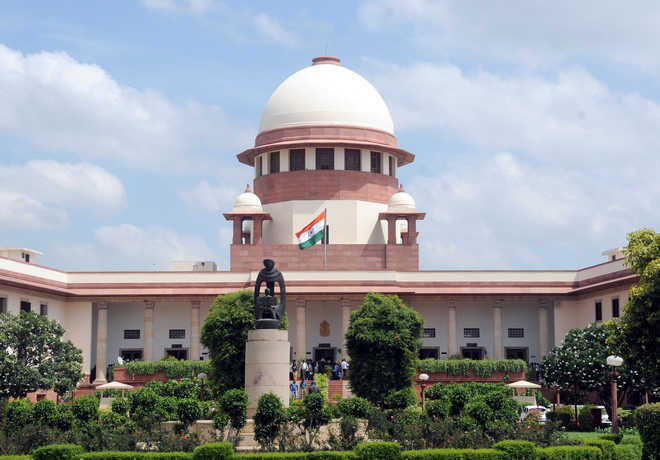 The bench has now posted the matter for hearing on September 23. Tribune file

Supreme Court judge Justice MM Shantanagoudar on Tuesday recused himself from hearing petitions filed by 17 disqualified MLAs of Karnataka challenging the decision of the then Speaker to disqualify them from the Assembly.

“In this matter, I am not participating,” Justice Shantanagoudar, who was part of a three-judge bench headed by Justice NV Ramana, said at the outset.

The bench has now posted the matter for hearing on September 23.

The then Assembly speaker, KR Ramesh Kumar, had disqualified 17 MLAs which eventually led to the fall of the JD (S)-Congress coalition government headed by then chief minister HD Kumaraswamy.

Kumaraswamy had resigned as the chief minister after losing the trust vote which paved the way for the BJP-led government in Karnataka under BS Yediyurappa. PTI