SC notice to Centre on PIL against land ordinance

NEW DELHI: The Supreme Court (SC) on Monday issued a notice to the Centre on a plea challenging fresh promulgation of the Land Acquisition Ordinance. A Bench comprising Justices JS Khehar and SA Bobde asked the government to file its response within four weeks. 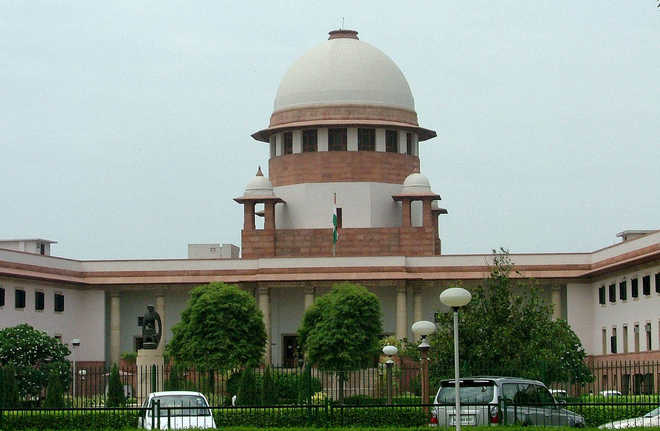 The Supreme Court (SC) on Monday issued a notice to the Centre on a plea challenging fresh promulgation of the Land Acquisition Ordinance.

A Bench comprising Justices JS Khehar and SA Bobde asked the government to file its response within four weeks.

Appearing for the petitioners, senior advocate Indira Jaising said this was one of the rare occasions that the President had re-promulgated an ordinance.

She pleaded for reducing the notice period to less than four weeks, but the Bench refused.

The petitioners have taken exception to the manner in which the ordinance was promulgated after proroguing the Rajya Sabha.

“It was a fraud on the constitution,” the petitioners had said.

The bench, however, did not allow the plea of senior advocate Indira Jaising, appearing for the petitioners, including Delhi Grameen Samaj, that it be heard urgently, as otherwise, it would become "infructuous".

"Of course, if enactment comes, it will become infructuous," the bench said, adding, "we have issued the notice" and the other side has to be heard after an opportunity to respond.

The farmers' organisations, in their plea filed on April 9, have challenged the re-promulgated land ordinance, terming it as "unconstitutional" and ultra vires of the Constitution, besides being a "colourful exercise of power" by the executive to "usurp" the law-making powers of the legislature.

They have sought a direction to restrain the government from acting upon in furtherance of the Right to Fair Compensation & Transparency in Land Acquisition, Rehabilitation and Resettlement (Amendment) Ordinance, 2015.

The petition says the government's action in promulgating successive ordinances "bypassing" the legislative process of Parliament was not only "arbitrary and violative" of Article 14 but also a "fraud on the Constitution" itself.

It said government's action in re-promulgating the land ordinance was "malafide" and thus open to challenge.

The petition said the government "deliberately" did not move the 2015 bill for discussion in the Rajya Sabha after its passage in the Lok Sabha between March 10 and 20 "due to lack of its numbers, political will or consensus."

It has arraigned the Ministries of Law and Justice, Parliamentary Affairs, Home Affairs, Rural Development and Cabinet Secretariat as parties.

The petitioners said the "deliberate proroguing" of the Rajya Sabha on March 28, "whilst it was in Budget session only for the oblique and malafide purpose of re-promulgating the impugned Ordinance goes against the very spirit and raison de'etre underlying Article 123 of the Constitution".

The plea contented that the government has abandoned all principles of Constitutional morality by re-promulgating the ordinances.

It said the discretionary power of the President to promulgate ordinances has to be exercised "judiciously" and within the strict paradigm of circumstances, circumscribing the exercise of such discretion under Article 123 and added that the law-making function under the Constitution is vested in Parliament.

"Merely because the executive does not have the numbers in the Rajya Sabha, nor the political will, it cannot be permitted to continue the law-making exercise by way of an Ordinance," the petitioners contended. — With PTI inputs