MUMBAI: At least seven people died and 18 injured when a fire broke out in a 22-storey building in suburban Powai this evening, police said. 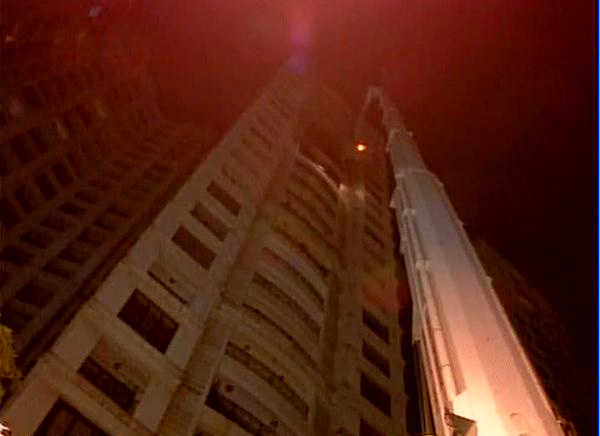 Smoke billowing out of a Mumbai high rise after it caught fire on Saturday evening. ANI

At least seven people died and 18 injured when a fire broke out in a 22-storey building in suburban Powai this evening, police said.

The fire broke out at around 5.30 PM on the 14th floor of Lake Luceme building in Chandivali area and spread to the two floors above.

Assistant Commissioner of Police Pradip Sonawane told PTI that seven people, including one woman, died, while 18 others were injured.

The fire had been brought under control by late evening, he said.

The injured were shifted to Hiranandani Hospital, where the condition of two was said to be serious, the ACP said.

Initial reports said that the victims got trapped in a stalled lift and died of suffocation. — PTI