Shah dig at Oppn: Man with ‘56-inch chest’ did what other PMs couldn’t 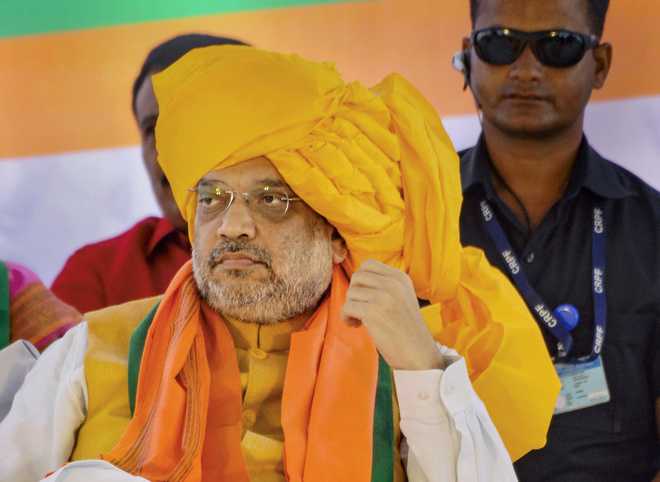 Home Minister Amit Shah at a rally in Karad, Maharashtra, on Sunday. PTI

Addressing an election rally in Maharashtra’s Kolhapur district, he said people should ask Congress and NCP leaders, when they come to seek votes, whether they support the NDA government’s decision to abrogate the provisions that gave special status to Jammu and Kashmir.

“After people of the country and Maharashtra voted him for the second term, Modiji did something for which the entire country was waiting for 70 years...he abrogated Article 370 on August 5 and joined Jammu and Kashmir with the country’s mainstream,” Shah said.

Shah said since the days of Jan Sangh, they have been hearing that there cannot be two prime ministers, there cannot be two symbols and two constitutions, but “it was the Congress which, by imposing Article 370, stopped the process of integrating Jammu and Kashmir with India for several years”.

“As a result, thousands of our people lost their lives due to terrorism, but still there was no intention of any party to remove Article 370,” he said.

“Several governments came and went, several prime ministers came and went, no one had the courage to abrogate Article 370. But, the man with the 56-inch chest scrapped it in one go,” Shah said.

He said during the UPA rule, terrorists from Pakistan used to infiltrate and kill Indian soldiers. — PTI