NEW DELHI: The Supreme Court today stayed proceedings with regard to an FIR registered by the Jammu and Kashmir Police naming Major Aditya Kumar as an accused in connection with the Shopian firing incident. 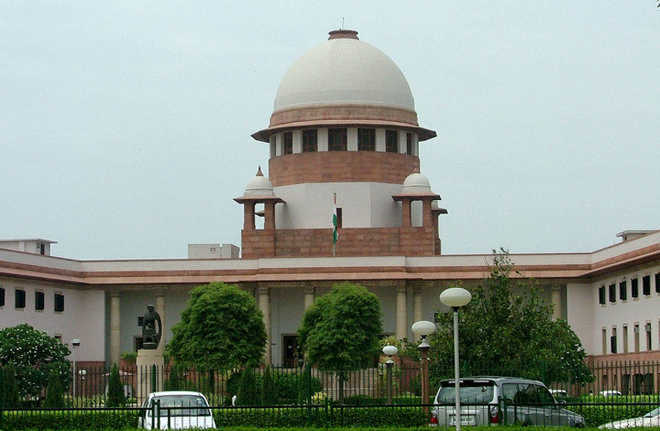 The Supreme Court today stayed proceedings with regard to an FIR registered by the Jammu and Kashmir Police naming Major Aditya Kumar as an accused in connection with the Shopian firing incident.

A three-judge Bench headed by the Chief Justice of India, which had on February 9 agreed to hear the matter, directed that no coercive measures be taken against the officer. Issuing a notice to the Centre and the Jammu and Kashmir Government, it asked the petitioner, Major Aditya Kumar's father Lt Colonel Karamveer Singh, to serve a copy of his petition to the office of the Attorney General to enable him represent the Union of India.

Major Aditya Kumar's father had sought quashing of the January 27 FIR against his son. The petitioner was represented by senior advocate Mukul Rohatgi while Attorney General appeared for the Centre. Lt Colonel Karamveer Singh had also sought guidelines to protect soldiers’ rights and adequate compensation for them.

Two civilians were killed in Shopian when Army personnel fired at a stone-pelting mob in Ganovpora village, prompting the CM to order an inquiry, following which an FIR was registered against personnel of 10, Garhwal unit, including Major Aditya Kumar, under Sections 302 (murder) and 307 (attempt to murder) of the Ranbir Penal Code.

The Army had on February 1 presented its version of events, contradicting the police FIR, reiterating that the soldiers had opened fire on protesters in “self-defence” to prevent imminent lynching of an officer, snatching of weapons and burning of the Army vehicles. Petitioner Lt Colonel Karamveer Singh contended that the FIR had been illegally filed against Major Aditya Kumar.

In his petition, he maintained his son had been "wrongly and arbitrarily" named in the FIR as the February 27 incident was regarding an Army convoy on bona fide military duty in an area under AFSPA, which was isolated by an "unruly and deranged" mob pelting stones, causing damage to military vehicles.

"The petitioner is constrained to file the writ petition for quashing of FIR, directly before this court in view of the extremely hostile situation on the ground, whereby an FIR has been registered by the local police against the son of the petitioner, who is a service Army officer and was performing bona fide duties as directed by the Union of India,” read the petition.

He urged the top court to lay down guidelines to protect the rights of soldiers and adequate compensation so that no Army personnel was harassed by initiation of criminal proceedings for bona fide actions in exercise of their duties. He also demanded an FIR against those involved in terrorist activities that had resulted in damage to government property.

The petitioner said the intention of his son, a Major with 10 Garhwal Rifles, was to save Army personnel and property and the fire was inflicted "only to impair and provide a safe escape from a savage and violent mob engaged in terrorist activity".

The unruly mob was asked to disperse, not to obstruct military in performing their duties and not to damage government property. When the situation reached beyond control, a warning was issued, the plea said.

When the unruly behaviour of the "unlawful assembly" reached its peak as it got hold of a JCO and was in the process of lynching him, warning shots were fired to disperse the mob and protect public property, the petitioner submitted.

He referred to last year's incident of a mob lynching DSP Mohd Ayub Pandith to highlight the situation in the troubled state and the conditions in which Army officials were working to control mobs in Kashmir.