NEW DELHI: India''s Tejas Light Combat Aircraft project, in the works for over three decades, came under heavy fire of the Comptroller and Auditor General of India on Friday after the authority pointed out 53 significant shortfalls in its Mark-I version that have reduced its operational capabilities and survivability. 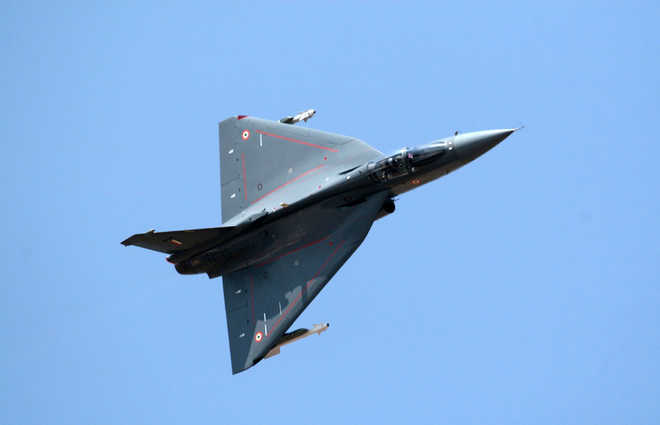 India's Tejas Light Combat Aircraft project, in the works for over three decades, came under heavy fire of the Comptroller and Auditor General of India on Friday after the authority pointed out 53 significant shortfalls in its Mark-I version that have reduced its operational capabilities and survivability.

In a report tabled in the Parliament on Friday, the CAG has also said that the Indian Air Force would be "constrained" to induct the fighter LCA without availability of a trainer model, thereby adversely impacting pilot training.

The CAG noted that it was due to the delay in the manufacture and supply of LCA that IAF had to go for alternative temporary measures such as upgrading its MIG BIS, MiG-29, Jaguar, and Mirage aircraft at a cost of Rs 20,037 crore and revise the phasing out of MiG-21s.

Listing the shortcomings, the CAG said that the LCA Mark- I failed to meet the electronic warfare capabilities sought by IAF as the Self-Protection Jammer could not be fitted on the aircraft due to space constraints. It also pointed out that the Radar Warning Receiver/Counter Measure Dispensing System fitted on the aircraft had raised performance concerns that, until January 2015, were yet to be overcome. The authority also added that the Mark-I’s shortcomings (increased weight, reduced internal fuel capacity, non-compliance of fuel system protection, pilot protection from front, reduced speed) were expected to be corrected in the Mark-II model.

"LCA Mark-I does not meet the ASR. The deficiencies are now expected to be met in LCA Mark-II by December 2018," the CAG said.

While DRDO has always showcased LCA, christened Tejas, as an indigenously-developed aircraft and the Aeronautical Development Agency pegged the indigenous content of the LCA at 70 per cent, the CAG said it "actually worked out to about 35 per cent" as of January this year.

Systems such as Kaveri engine, Multi-Mode Radar, Radome, Multi-Functional Display System and Flight Control System Actuators taken up for indigenous development could not be developed successfully, resulting in LCA's continued dependence on the import of these systems, CAG said.

In June 1984, the government constituted The ADA for managing the project.

However, the LCA could only achieve Initial Operational Clearance in December 2013, eight years after it was originally scheduled.

The Full Operational Clearance (FOC), which was earlier scheduled to be completed by December 2008, is now slated to be achieved by December this year, although experts predicted that even that could be delayed.

The CAG said that ADA's decision to advance the building of two prototypes from Full-Scale Engineering Development (FSED) Phase-II to FSED Phase-I to enable it to utilise its savings on the grounds of accelerating the development process of LCA had failed to yield the desired results.

This, the report said, was because the advanced prototypes were deficient in terms of critical onboard systems (Multi- Mode Radar, Self-Protection Jammer, Radar Warning Receiver) and led to ADA using the Limited Series Production (LSP) aircraft (meant for IAF use) towards flight testing/evaluation of these critical on board systems.

"This was in contravention of the Cabinet approval (November, 2001) for phased development of the prototypes in FSED Phase-II after Technical Demonstrators had been built and flight tested for 210 hours," CAG said.

Talking about lack of trainer aircraft, the authority said the IAF was in the interim using an upgraded Full Mission Simulator (FMS) at ADA for pilot training, pending supply of an FMS by HAL at the LCA operating base. The long gestation period led to a change of weapon systems on LCA, necessitating the acquisition of new ones, the report pointed out.

However, the CAG also had a word of praise for the ADA, saying the LCA, was “comparable to many contemporary aircraft in the world".

CAG said that the manufacturing facilities at HAL currently cater to the production of only four aircraft per yea, as opposed to the envisaged requirement of eight due to delays in procuring plant and machinery, tools and also construction of production hangars, which would further impact production of LCA and induction into IAF squadrons.

Repair and Overhaul (ROH) facility for LCA, as specified in the ASR, has not been created fully at HAL, the CAG said. Of the 344 Line Replaceable Units of LCA, 90 LRUs were considered non-repairable, it said. Of the remaining 254 LRUs, while ROH facilities in respect to 185 were available, those for 69 LRUs was, until January 2015, yet to be established.

The CAG stressed on the need for more efficient management of planning and execution of aircraft development programmes, closer interaction and coordinated efforts among all the stakeholders involved. It recommended that the Ministry of Defence must set “realistic” deadlines while seeking approval for such projects and they must be adhered to.

"In view of the complexity of the technology involved, while deviating from the approved plan of development, ADA should consult the user (Air HQ) and obtain prior approval of sanctioning authority/ministry for such deviations to minimise waivers and concessions at the time of acceptance by the user (IAF)," it said.

The agencies — DRDO, ADA and HAL — should undertake the projects strictly in conformity with IAF’s specifications, while the IAF should be involved in them from the planning stage to ensure their requirements are met.

“Indigenisation efforts should be made in coordination with all the agencies involved by having a well-defined indigenisation plan and a clear roadmap for developing a quality product as per the requirement so as to avoid import substitution,” it said.

"MoD should award contract to production agency at an appropriate stage of development of a system/equipment in order to avoid the necessity of extending delivery schedule due to a delay in the development of the system, apart from the resultant blocking of funds/inventory and to overcome obsolescence of the components procured by the production agency," the CAG said. — PTI