WASHINGTON: Asserting that India''s move to increase tariffs on US apples has hit the farmers hard, a US lawmaker urged the Trump administration to ask New Delhi to reduce the duty. 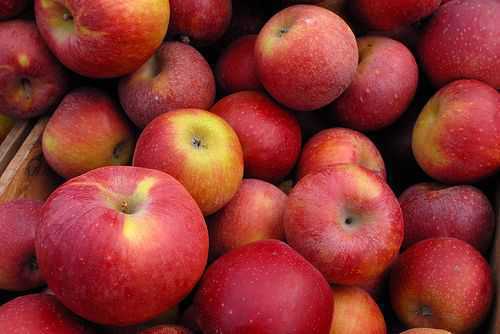 Asserting that India's move to increase tariffs on the US apples has hit the farmers hard, a top American lawmaker has urged the Trump administration to ask New Delhi to reduce the duty for the country's apple growers.

Congressman Dan Newhouse in a letter to US Trade Representative Robert Lighthizer, who is leading trade negotiations with India ahead of Prime Minister Narendra Modi's visit, urged the Trump administration to elevate Washington apple access in India by reducing tariff rates for the farmers producing the fruit.

India is currently imposing a 70 per cent tariff on US apples – 50 per cent Most Favoured Nation tariff in addition to the recently imposed 20 per cent retaliatory tariff, a media statement said, adding that Lighthizer is expected to continue negotiations with India ahead of Modi's arrival.

India has raised tariffs on 28 items, including almond, pulses and walnut, exported from the US in retaliation to America's withdrawal of preferential access for Indian products.

“The actions by India to increase tariffs on US apples is a damaging situation that will substantially impact growers, packers, employees, and the thousands of jobs they support throughout Washington state… I request, on behalf of Washington apple growers, that you continue to work with India to find a positive outcome in our trading relationship, including a reduction to the pre-retaliatory rates as soon as possible,” Newhouse said in his letter to Lighthizer.

In the letter dated September 17, which was released to the press on Wednesday, Newhouse said that for over a decade, Washington apple growers invested heavily to develop the market in India.

“Washington apples going to India are a true success story of market diversification, but this positive investment is now at risk due to India's Section 232 retaliatory tariff of 20 per cent. When added to the existing Most Favored Nation (MFN) tariff, this amounts to a total of 70 per cent,” he said.

“This sharp increase is truly damaging to the US and Washington state apple markets by virtually locking out US growers,” Newhouse said.

“It is my understanding your office is currently in negotiations with India to resolve current trade policies. In your negotiations with Prime Minister Narendra Modi this coming weekend, I urge you to prioritize the immediate removal of Section 232 retaliatory tariffs and obtain a commitment to reduce India's 50 percent MFN tariff on US apples,” the lawmaker said.

Washington is the largest apple producing state in the country, totalling US$ 2.4 billion annually, and its apple growers are shouldering significant economic losses estimated in the hundreds of millions of dollars as a result of various WTO illegal retaliatory actions of India, Mexico, and the People's Republic of China, he said.

India has been Washington states' second-largest apple export destination at approximately USD 148 million in farmgate sales. Red Delicious apple growers, for example, will be impacted heavily, as 20 per cent or more of all these apples harvested were shipped to India from 2017 to 2018, he added.

“Red Delicious consistently accounts for 48 per cent of all exports by variety. The actions by India to increase tariffs on US apples is a damaging situation that will substantially impact growers, packers, employees and the thousands of jobs they support throughout Washington state,” Newhouse said.

Additionally, an increased supply of Washington apples due to tariff barriers could cause a ripple effect within the domestic supply chain, negatively affecting other major US apple-growing regions, he said in his letter to Lighthizer. PTI