ETAWAH: A television anchor has been arrested for the murder of his wife in Uttar Pradesh''s Etawah district. Anchor Ajitesh Misra''s wife Divya was found dead at their residence. 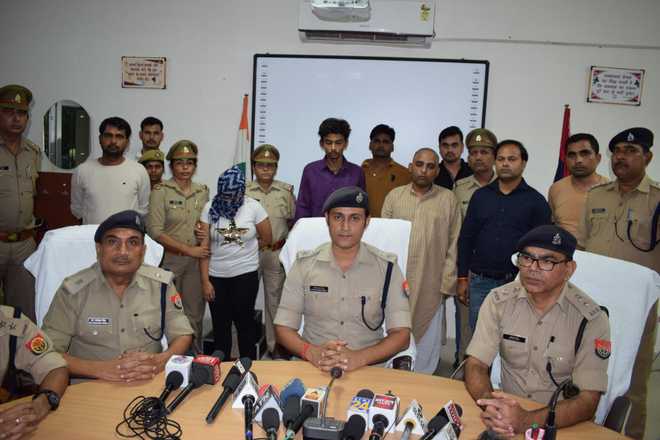 Anchor Ajitesh Misra was arrested by the police.

A television anchor has been arrested for the murder of his wife in Uttar Pradesh's Etawah district.

Besides Ajitesh, the police on Thursday night also arrested his alleged lover Bhawna Arya of Delhi and a friend Akhil Kumar Singh, a native of Faridabad, for the murder.

All the three were working together at a TV channel based in New Delhi.

SSP Etawah Santosh Kumar Misra said: "During interrogation, Ajitesh confessed that after his wife Divya had learnt about his extra-marital relationship with Bhawna and would quarrel with him often." The couple's relationship had turned sour when Divya confronted Bhawna on the phone. Thereafter, Ajitesh sought help from his colleague Akhil.

The SSP said that as per plan, Akhil reached Ajitesh's residence October 14. Since Akhil was known to Divya, she let him in.

Akhil then attacked her repeatedly with a flower pot till she fainted. Divya bled to death and Akhil escaped from the crime scene.

On the complaint filed by Divya's father-in-law Pramod Misra, a case was registered the same day against unidentified persons and subsequently an investigation was carried out with the help of forensic experts and dog squad, which led to the accused. IANS