Twitter in love with Tharoor for bombarding Pakistan with his English

CHANDIGARH: Many must have reached out for a dictionary as Congress MP Shashi Tharoor gave his speech lambasting Pakistan for raising the Kashmir issue at the IPU assembly in Serbia. 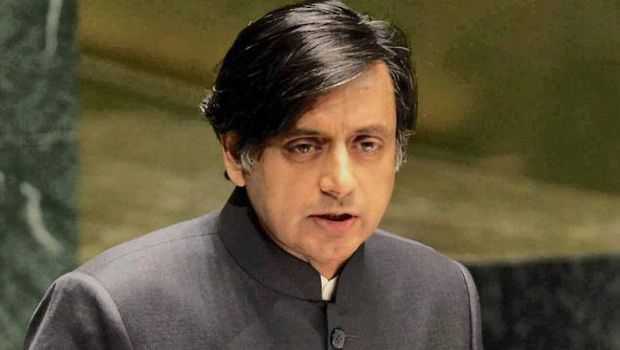 Tharoor lambasts Pak for its double-talk on terror at international event.

Many must have reached out for a dictionary as Congress MP Shashi Tharoor gave his speech lambasting Pakistan for raising the Kashmir issue at the Inter Parliamentary Union (IPU) assembly in Serbia.

Tharoor, however, was appreciated for nailing Pakistan after he said that it was ironic that a state responsible for "infecting countless" cross-border terrorist attacks in Jammu and Kashmir was trying to masquerade as the "champion of Kashmiris".

Tharoor said Pakistan is the only government in the world that provides a pension to an individual listed by the United Nations in the Al Qaeda sanctions list and it is absurd to hear fulminations about respect for human rights from such a state.

"The Indian delegation rebutted baseless allegations of the Pakistani delegation about Jammu and Kashmir at two different sessions," the Lok Sabha secretariat said in a statement and also shared videos of Tharoor's remarks.

And hilarious tweets flooded the Internet soon after the videos.

I congratulate @ShashiTharoor on a brilliant speech at the 141st Assembly of Inter Parliamentary Union at Belgrade. He takes Pakistan apart & exposes it for the terror state it is.

In response to Tharoor’s speech, sale of dictionaries in Pakistan has seen a dramatic increase. pic.twitter.com/dd7UIiiCxm

One sensible and Pro India person in Congress. I keep adding to my vocabulary thx to Shashi. Keep it going

I would definitely vote for @INCIndia if @ShashiTharoor was a prime minister candidate for next Lok Sabha election. He speaks well and so eloquently and I feel it will do India good to have a leader like him 👍🙏 #IndiaFirst

Apparently, Pakistan was trolled on a congratulatory tweet for the team at the event.

How sad. Shashi Tahoor pulled out when he saw the 3 idiots from Pakistan. Don't expect much at IPU from parliamentarians who are less useful than toilet paper in their own parliament back home. Unless of course they need production order for their mafia boss.

Just hope you all will do some constructive work in and out of Pakistan for the Country. Otherwise almost useless senators.

Congrats! No-one across the world can match your Begging and Bagging skills. 😐