MUKTSAR: Belonging to a family of educationists, 44-year-old Diljeetpal Singh Brar, who originally belongs to Bhangchari village near here, has made the Muktsar district proud today. 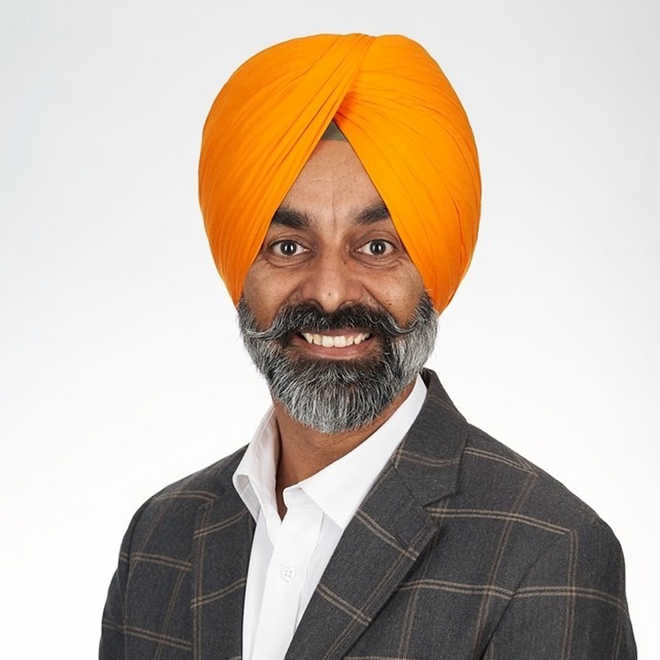 Belonging to a family of educationists, 44-year-old Diljeetpal Singh Brar, who originally belongs to Bhangchari village near here, has made the Muktsar district proud today. Diljeet, also known as Ruby and Nikka Brar, got elected as the MLA of Burrows, Winnipeg, in Canada.

A Manitoba New Democratic Party (NDP) candidate, Diljeet had migrated to Canada in 2010 along with his wife Navneet Kaur. Both of them are alumni of Punjab Agricultural University (PAU), Ludhiana. Diljeet even served at the PAU as assistant professor in the Department of Extension Education. As a student at the PAU, he was the captain of the Bhangra team and later served as a coach too.

His father Mangal Singh, a retired government teacher, said, “I got a phone call of Ruby’s friend Anil Sharma from Ludhiana this morning. He told me that Ruby has been elected as an MLA in Winnipeg. This news made me so happy that I did not even ask him the victory margin. Later, I spoke to my son who told me that the victory margin was above 800 votes.”

He added, “Ruby had started an art academy there and thus came in contact with a large number of people. Further, he was an active social activist there, so people pushed him to contest the elections.”